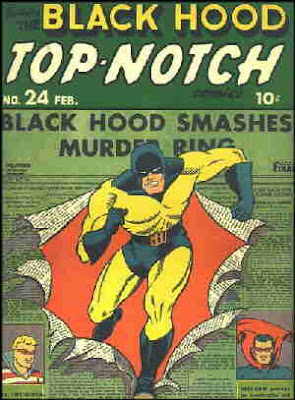 Here is another for you old time radio fans. An episode from the short lived radio drama based on the MLJ/Archie comics character the Black Hood. 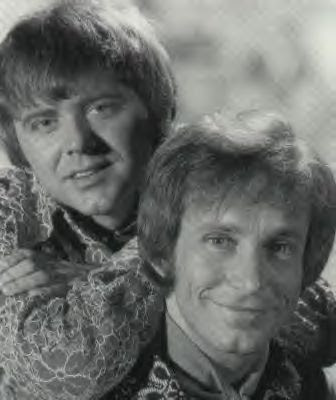 Well a happy April Fool's Day to you and this is no joke. I must have really been sick this weekend even more then I thought. As big a fan of the Monkees and Boyce and Hart as I am I completely forgot that Kent of Forgotten Hits started his Boyce and Hart series on Sunday. I just got an e-mail from his site reminding me and I have read the beginning and it is off to a great start. It has on line music one of which is I'll Remember Carol. I never heard that song before but it is the singing debut of Tommy Boyce. It also has comments from Bobby Hart so he can set the record straight. Bobby is also trying to get a publisher for his bio so if any of them read this site, I believe Ben Ohmart of Bearmanor Media stops by from time to time, you may want to get in touch with Bobby Hart or Kent Kotal. Go to Forgotten Hits right now and have fun reading and listening.
Posted by Rick L. Phillips at 10:01 AM No comments: 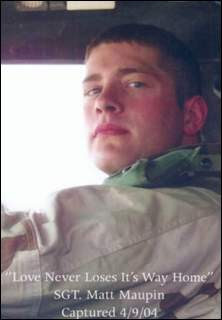 Not feeling well but I wanted to post this that Matt Maupin who lived less then an hour away from me and who has been MIA for about 4 years now has been found. Sadly it was his remains that have been found. While many of us have hoped for a safe return they have gotten less with each passing year. Still there was that glimmer that he would be alive. Today it came to a sad end as the public was told that Matt had been found dead. I am not to ashamed to admit that I shed a tear this morning as I heard the news.

At least now his parents have closure that there son died bravely serving his country. Today is the opening day of baseball season. Cincinnati had its parade and a tribute was appropriately paid to baseball and Reds legend Joe Nuxhall who died last year. While it may have been fun to watch Joe play and I had fun listening to him colorize the broadcast of a Reds game on radio he was not the biggest hero they paid tribute to today. A moment of silence was given in honor and memory to Sgt. Matt Maupin. It was men like him who have kept me safe so I could stay home to listen to Joe Nuxhall on radio. The hero will soon return home and while his mission is completed ours will continue. Our thoughts and prayers are with his family and friends.
Posted by Rick L. Phillips at 4:36 PM No comments:

Well it's sad to me anyway. I have been under the weather this weekend and even missed time at work due in part to a cold and an allergy reaction. Not much could have been done about the cold except more to take more vitamin c and now I have to take steps about the allergy. I have known for years that I have been allergic to must and mold but it never got in the way of my hobbies of book collecting and record collecting. This weekend I had sever allergy headaches that were from going in to musty old books and records shops and buying old comic books that I wanted to read and share with you on my sites. Since most of them were team and team-ups they would have appeared on Mail It To Team Up.
Some of you may know that I have been trying to rebuild my collection. I had to sell all of it to pay some bills when I was laid off and had to take a lower paying job. Well some people I guess don't keep their books in places of the house that don't get musty as almost everyone smelled that way to me. If it was just one or two books it would not be so tough but it was all of them and since they are gathered together in one room I really should not have been in that room with them. So they all had to go for health reasons. Also, I will probably have to stop reading the black and white editions that Marvel and DC have released as the newspaper print they use has the same smell and also makes me sick. This was one of the reasons that I quit reading the newspapers and now get my news from TV and online. So if any of you know of where I can get my comic books on line from the golden age to the present where I can download them to a disc to read later, for free if possible, I would appreciate you letting me know. Normally I would not ask for free but I promise God, myself and my wife that I would not buy my comics with a credit card when the balance was starting to get too high due mostly to my purchases at comic book stores. Since most places I know what you to pay with a credit card on line that option is out.
I plan on keeping my sites up and running and will post at least the covers of the books that I had to get rid of at Mail It To Team Up. I will also post the letter heads at Comic Book Letterheads but if you have scans of the letterheads of your favorite comic books that you want to send for me to post there now is the time to do it. I really want to help preserve this part of the comic books as it will become a lost art since they have done away with the letters pages. Thank you all for your time and support.

Here is today's cover of one of the comic books I had to get rid of.

This Day In Music History: Buddy Knox and Party Doll On this day in music history,March 30, 1957, Buddy Knox had the #1 hit in the country on Billboard with Party Doll. Buddy attended West Texas State University on a sports scholarship. There he met Jimmy Bowen and Don Lanier and they formed a group called the Serenaders. Buddy Holly and Roy Orbison performed on campus and Knox became friendly with them. He showed them his songs he wrote. They liked them and said he should go to Norm Petty's studio and record them. ONe of those songs was Party Doll. Buddy said he wrote the song in 1948 out on a farm behind a haystack. Buddy said other then Fats Domino he didn't know too many songs when he entered college. It was then that he started listening to Elvis, Jerry Lee Lewis and Chuck Berry.
Buddy and his friends went to the studio and recorded their songs. It was with a makeshift band. They needed a bass player and hired a guy in town to play for them. Dave Alldred played drums but there wasn't a full set in the studio so they made one out of a cardboard box and stuffed it with cotton and a microphone. Buddy's sister and her friends sang background. It took 3 days to record them and Petty gave Buddy, Jimmy and Dan each an acetate of the recordings.

Buddy said that they didn't know anything about the business and didn't know what to do with the tapes. A farmer named Chester Oliver asked if he could press 1,500 copies and sell them locally. They let him and Party Doll was played on the local station KDDD and the song become a local hit.

Dan's sister called Roulette Records in New York City and they flew the 3 members to New York to sign the group to a contract. They called them the Rhythm Orchards. As soon as Roulette released Party Doll 3 other artist covered it. Two of them only charted in the bottom part of the hot 100 but Steve Lawrence's version went to #5.


With only a few months to go to get his Masters degree Buddy quit college to become a full time entertainer. He toured 11 months out of the year and lived on a farm in Canada with his wife. Buddy Knox passed away in February of 1999.

Below you can see a video of Buddy preforming the song and another hit Hula Love on the Alan Freed Show on WNEW in New York.