This is really the live action version. So it isn't really a cartoon but it has always been labeled like that. I believe this is the first episode that aired.


It seems that a new version of Hawaii Five-0 isn't a new idea. Here is the opening credits to a 1998 pilot that had Gary Busey as the star. Wouldn't it be great to have seen a crazy Steve McGarrett?
Posted by Rick L. Phillips at 7:19 PM No comments: Links to this post

This Day in Music History: You're the One That I Want by Olivia Newton-John and John Travolta 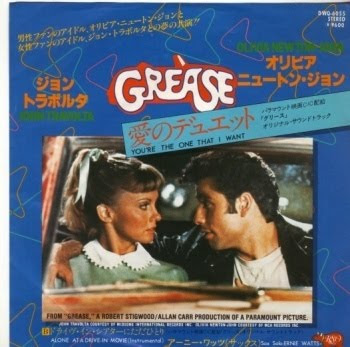 We haven't done one of these in awhile so here is the latest installment of This Day in Music History. It seems hard to believe with the ease that Olivia Newton-John played the part of Sandy in the movie Grease that she was really very nervous. But it is understandable. It was, after all, her first big Hollywood film. However, it was not her first film. She had previously starred in a science fiction movie called Toomorrow that bombed. She talked with the scriptwriter and John Travolta and accepted the part. Still she was so nervous that she herself insisted on doing a screentest. Around that time Mr. Travolta also was recording some songs and had a top 40 hit with one titled Let Her In. In an interview Olivia said she thought it was odd that she was a singer who wanted to be an actress and now she was in a movie with an actor who wanted to be a singer. She also said she wasn't thrilled with her own preformance. She thought it was sickly. With how well the movie did it is safe to say that the audience didn't agree with her.
The movie also changed how music fans saw her. Up till then record buyers only thought of her as a country singer. She did have two number one songs before but they were still country songs. Now she was on the big screen singing pop broadway tunes. The movie and the soundtrack dominated the summer of 1978. It was even bigger in England. You're the One That I Want was #1 there for nine weeks and the follow up, Summer Nights, was #1 there for seven weeks. But in America on this day in music history the song You're the One That I Want stated its one week rule of the Billboard chart on June 10, 1978.
Also the above photo is from a picture sleeve of the 45 that was released in Japan.
Posted by Rick L. Phillips at 9:16 AM No comments: Links to this post

Elementary My Dear Groucho is not so elementary 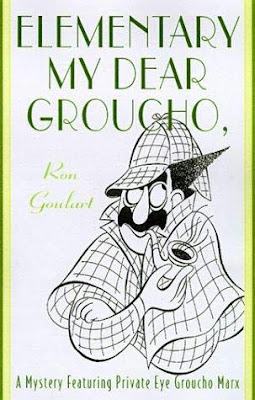 Whoever proof read the book "Elementary My Dear Groucho" must not have gotten past elementary school. I bought the book not long ago at a used book store. I knew I would like it as I always like books by Ron Goulart. But I noticed some spelling errors but I could live with that. Then in chapter 26 a page is missing. Not torn out. It wasn't published in my book. Still I pressed on. Only to find that chapters 27 through 30 were missing also. Instead chapters 4 through 7 were re-published to take their place. I still want to see how it ends but not with missing chapters. So for now I have stopped reading the book. I don't fault Mr. Goulart. I fault Thomas Dunne Books St. Martin's Press.
Posted by Rick L. Phillips at 9:02 AM No comments: Links to this post

Here is an ad from 1959 for Clyde Beatty and Cole Brothers Circus featuring the great clown Emmett Kelly. Wish I had been alive then to see that circus.
Posted by Rick L. Phillips at 7:09 AM No comments: Links to this post

Hope you like the new header. I like it but I can't seem to get it to line up properly inside the spot that blogger gives me.
Posted by Rick L. Phillips at 5:55 PM No comments: Links to this post