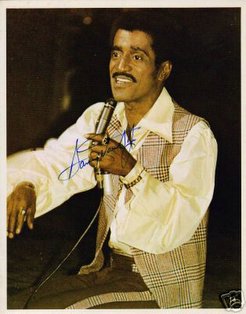 I have always liked shows where ghost or angels help people or where demons tempted people to do the wrong thing but they didn’t. I have also loved the old Batman TV show as well as the Rat Pack and Christopher Lee. Hmmm! I wonder if there is a TV show that could combine all of these interests into one. Well there isn’t a series but there is an unsold TV pilot. It is called “Poor Devil” and starred Sammy Davis Jr. as an earnest but inept disciple of the devil played by Christopher Lee. His job is to win over souls for the devil but he isn’t very good at his job. Thank goodness. It also starred Adam West and Jack Klugman, who of course starred in the best TV show based on a movie and/or play, the Odd Couple. It was produced in the early 1970’s. It was a 90 minute pilot for what was to be a half hour sitcom. I have seen this done before making a 90 minute to 2 hour movie for a sitcom. It doesn’t seem like a good idea to me. Most people are ready for this with a new drama. For some reason it doesn’t work well with sitcom’s. Interesting cast choices though. The above photo is for sale at an e-bay auction. You can go there by clicking on the title above.