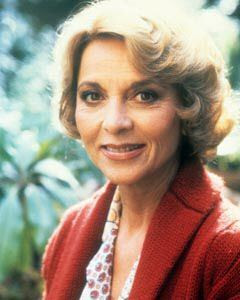 I just heard that actress Beverly Garland died December 5th after a long illness. She made her film debut in the movie D.O.A. in the 1950's. She made many B grade movies but to many she is better known for her television work. From 1969 to 1972 she played Barbara Harper Douglas on the hit sit-com "My Three Sons" when her character married Steve Douglas played by Fred MacMurray. This was the first time I had ever seen her work and the one she is best known to me and others of my generation. In the 1980's she co-starred as Kate Jackson's Mother on "Scarecrow and Mrs. King." In the 1990's she had a recurring role on "Lois and Clark: The New Adventures of Superman" as Ellen Lane. From 1997 to 2004 she had the role of Ginger on "7th Heaven."
She also owned and operated the Beverly Garland Holiday Inn with her husband Filmore Crank. Her husband passed away in 1999 and Beverly ran the Inn till her death. Her daughter Carrington Garland played Kelly Capwell on the soap opera Santa Barbara.
Television won't be the same without a chance to have a visit with Beverly Garland. She will be missed.
Posted by Rick L. Phillips at 5:55 AM

Did you see this??

You're going to love it.

Thanks for the heads up on this site. Glad to see that Monkee Davy was #1 but that must mean that more older folks like me voted for him to edge out Britney and Miley. These days the younger voters were probably asking Davy Who?