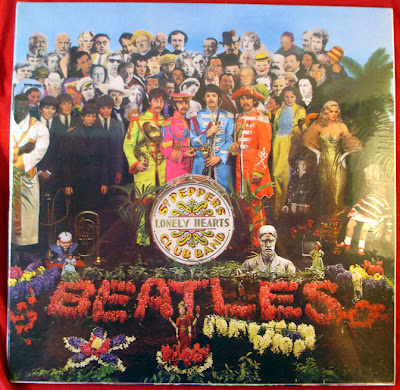 This weekend is the 40th anniversary of the release of the Sgt. Peppers Lonely Hearts Club Band album by the Beatles. At the time it was revolutionary in its musical scope. Everything before it seems tinny and rushed. The production of the music seems fuller and each note carefully thought out. However, as time went on we seem to have lost sight of how much influence it had at that time. It overshadowed albums that came before it and ones that had been recently released like the Monkees Headquarters. I point out the Monkees album as it was the first that was completely under the group’s control. It was to shatter the myth that they couldn’t play their own music. As well produced as the album was a few weeks later Sgt. Peppers was released and no one cared about the musical talents of the Monkees. The Beach Boys were working on the one album, Smile, which could have rivaled Sgt. Peppers in influence if it had been completed back then. Instead they released what they had as Smiley Smile. Years later in the 21st Century Brian Wilson would complete Smile on his own. The Bee Gees were even working on a concept album and Sgt. Peppers put a stop to that album in pre-production.
Since then every group has tried to emulate the production style Sgt. Peppers. To this day when a group completes a huge undertaking they announce it as the best album since Sgt. Peppers. Its influence is felt to this day as kids still buy it and enjoy the music of all the Beatles albums. No matter what your favorite Beatles album is you have to say that they set the bar high with Sgt. Peppers.
These days many performers who set the bar high for their art are now considered just ordinary performers. That has never happened to the Beatles and I hope this posting helps to keep it from happening to their Sgt. Peppers album. Music lovers keep the album in high demand and it keeps getting special releases. Perhaps one day a band will release an album/cd that will overshadow Sgt. Peppers. However, I don’t think that will happen for a long, long time.
Posted by Rick L. Phillips at 10:10 AM