Own the Rights to the Theme Song of the Monkees 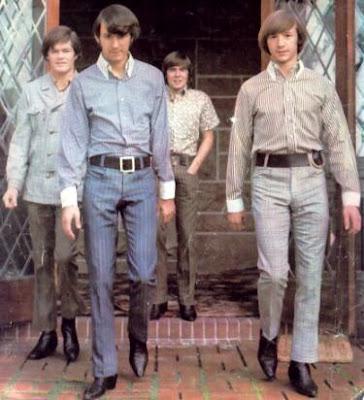 Chris, a person who made a comment on Let's Rap With Cap!, has his own blog site called Pop Culture in the Pumpkin Patch. While I was looking there I found this little gem. Here is what Chris had to say..."I heard an interesting pitch on talk radio today. It was from a music memorabilia vendor about a new venture where fans will have the opportunity to bid on shared rights for some of the most popular (and not so popular) songs. The first auction includes: The Monkees "Theme song", Garth Brook's "Friends In Low Places" and even "The Theme From Days of Our Lives". Evidently, the winning bidder will share in the royalties from a song. Each time a song is legally downloaded, placed in a commercial or remade for a new movie, the co-owner will receive a percentage of the earnings. Sounds like most of the auctions will be out of the average Joe's range, but it would be cool to make a buck every time the Monkees walk down the street. Take a look at what's available at http://www.songvest.com/index.php.
If I had the money I would place a bid. The auction starts in a few days on October 4th.
The above photo is from Cloud 9XBlue Monkees Photo Gallery.
Posted by Rick L. Phillips at 12:01 AM

Thanks for linking to my post Rick. Enjoy your collection of blogs. Hope you will check in regularly.

You're welcome Chris and I will try to check in from time to time on your site. It is fun to read.