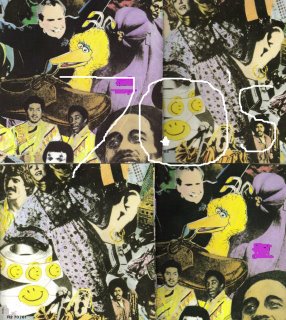 In the 70’s there was sort of another British Invasion on the American airwaves when the Bee Gees, who also took part in the first British Invasion in the 60’s, became even more popular. The British born Aussies at first did ballads that were flowing with full rich harmonies and had lush orchestrations and had deeply emotional lyrics. In the middle of the 70’s they switched to a brand of soul with a disco beat. It got them four platinum records in a row and numerous #1 records on the Billboard charts. It began to look like you couldn’t have a hit record unless the Bee Gees were somehow involved. Other artist had #1 hits with songs that the Bee Gees had written and/or produced. Bee Gee in training, at that time, was there little brother Andy Gibb who had three hits with his brothers helping him behind the scenes. They wrote the only #1 hit that Yvonne Elliman had with “If I Can’t Have You" and gave Frankie Valli and Barbara Streisand, Kenny Rogers and Dolly Parton more hits to add to their list. The Bee Gees were the Beatles of the 70’s. The Bee Gees got us doing what we had almost forgot about by the end of the 60’s when music was being used as social commentary. They got us dancing again. Another British born Aussie who was discussed on this blog earlier this week, Olivia Newton-John, was part of the new invasion when she burned up the country and pop charts.
Another segment of the music scene was the rise of the piano man. British born Elton John led the way with Billy Joel and Barry Manilow following not too far behind. All three played middle of the road music that covered all ages but John and Joel were accepted into the rock and roll family while Manilow, for some reason was not. He appealed to the more adult contemporary market.
The 70’s also saw the Beatles grow as separate artist. Lennon and McCartney wrote songs like “Imagine” and “My Love” that are now standards. Harrison had the first #1 song as a solo artist with “My Sweet Lord” and also was sued as his the tune sounded a lot like another hit called “He’s So Fine.” While Beatle fans were worried about Ringo as he wrote and sang the least in the group. They should not have worried as he had just as many hit singles and albums as the others in the 70’s.
I have run out of time for this posting but it will continue with part 3 at a later date.