Wondering About My Generation 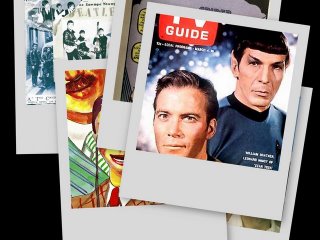 Maybe it is just me but it seems like my generation, the baby boomers, have a hard time growing up. Now I know that everyone gets nostalgic from time to time. However, I don’t recall any of my parents generation getting misty eyed too much over what happened to them in the past. I know that there are old time radio fans but even most of them are boomers who either barely remember the early days of radio, as TV was taking over, or they just know it from public radio and old records of radio programs. My generation may have watched Star Trek the Next Generation, Deep Space 9, Voyager and Enterprise but nothing can replace our love for the original Star Trek series with Shatner and Nimoy. Until the death of George Harrison many of my friends and I hoped that George, Paul and Ringo would join with Julian Lennon to form a new version of the Beatles. It is that refusal to grow up that made many of the reunion tours of the Monkees, The Who and the Rolling Stones so successful. I just don’t know of any generation before the boomers that romanticized its past so much. Most others usually took it in stride in my family to go into the Armed forces then when you got out you got a job, got married and raised a family. The past was mentioned but not lived in day after day.
Now you don’t have to go any farther then this website to see that I like to live in the past too. I don’t know how my generation became so infatuated with its own past but I will probably always wonder about it.