This Day in Music History: Jim Croce and Time in a Bottle 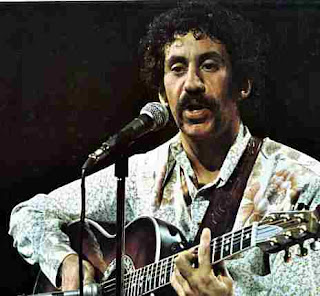 On this day in music history, December 29, 1973, Jim Croce had a number one hit with Time in a Bottle. Time in a Bottle was a track on his first album called You Don’t Mess Around With Jim. From the first album Mr. Croce had hits with the title track and Operator (That’s Not the Way It Feels). Operator was a hit at #17. You Don’t Mess Around With Jim was a hit at #8. Time in a Bottle was not considered for release as a single.
Croce released his second album Life and Times. The hit from that was Bad, Bad Leroy Brown when it was Jim Croce’s first #1 hit in July of 1973. With the second album doing so well there were no plans to go back to the first album to release more singles. That is until the producer of an ABC television movie called She Lives asked to use Time in a Bottle in his movie. It was about a woman dying of cancer and it starred Dezi Arnaz Jr. and Season Hubley. The movie was aired on September 12, 1973 as the Movie of the Week. Calls came into ABC affiliates from all over the country. It was now in demand to be released as a single.
That same night Jim had finished recording his third album I Got a Name. Eight days later he finished a concert at Northwestern Louisiana University. He chartered a flight to take him to his next concert 70 miles away. After aborting take off his plane crashed into a tree. Croce and five others were killed. After his death Time in a Bottle was released and became his second #1 single. It was the third posthumous #1 in the rock and roll era. Later I Got a Name was also released as a single and reached #10 on the Billboard charts.
Posted by Rick L. Phillips at 11:40 AM