This Day in Music History: John Lennon and (Just Like) Starting Over 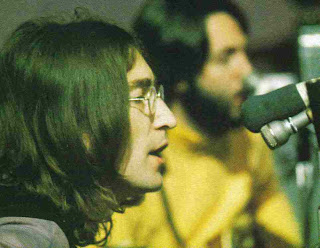 On this date in music history there were two big hits that reached #1 on the charts. First up is John Lennon and (Just Like) Starting Over then you can scroll down to read about the second one. In 1975 John and Yoko Lennon welcomed the birth of their son Sean and that began a major shift in both their lives. Perhaps it was from being on the road so much as a Beatle and not being able to see much of his oldest son Julian growing up but John retired from music and became a househusband. Yoko ran the family business from an office in their Manhattan apartment.
It turned out to be a good decision for John at that point in his life. In an interview with Newsweek John is quoted as saying “What I did was discover that I was John Lennon before the Beatles and would be afterward, and so be it.”
In the summer of 1980 the Lennon family was on vacation in Bermuda. It was there that John started writing music again. In two weeks he and Yoko wrote 20 songs. When they returned on August 4th Lennon booked time in the Hit Factory recording studio and ended his five year retirement. John and Yoko recorded the whole album called Double Fantasy but had not been signed to a label. In the 60’s and 70’s if a record executive had heard John Lennon had recorded an albums worth of material and was looking for a label to sign with they would have signed him without asking to hear the album. However, it was now the 1980’s and the record industry changed during his five year hiatus. That, along with executives wondering if Lennon had lost it during his time off, made every label ask to hear the album first. Every label that is, except Geffen. David Geffen signed John and Yoko to his label without asking to hear a note.
On October 24th (Just Like) Starting Over was released and word spread quickly that Lennon was back. Lennon said about the song that “It was the fifties-ish sound because I had never really written a song that sounded like that period. Although that was my period, the music I identified with.” He continued saying, “In the Beatle days, that would have been taken as a joke. One avoided clichés. But now those clichés are not clichés anymore.” Unfortunately the song reached #1 posthumously. On December 6th 1980 the song had reached the #6 position on the Billboard charts. Two days later John Lennon was murdered just outside his home in Manhattan.
It was on December 27, 1980 that it reached #1 on the Billboard charts. I think John would have reached #1 on the charts with that song no matter what. The song stayed at the top spot in the country for 5 weeks after he bumped Lady by Kenny Rogers from the #1 position that he had occupied for 6 weeks. It seemed a hallow victory at the time. However, (Just Like) Starting Over and other songs from the Double Fantasy album, like Woman, Watching the Wheels and Nobody Told Me, proved that his legacy of music would live on for years to come.
Posted by Rick L. Phillips at 3:02 AM