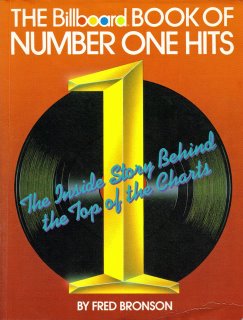 I write from time to time about stories that went on behind the scenes in the music industry. Some of what I write comes from having worked in the local broadcast industry on a part time basis. Others come from memory from what I have read in books or on the internet. One of those books that I have in my library is the Billboard Book of Number One Hits by Fred Bronson. According to the "About the Author" section of the book Fred has worked for NBC. During his 12 years there he handled publicity for Bob Hope, Tom Snyder, Bonanza, Hollywood Squares, Buck Rogers in the 25th Century, The Bionic Woman, Man From Atlantis, etc. His writing credits include the Counter-Clock Incident from the animated Star Trek series, Dick Clark's Rock Roll and Remember, The National Music Survey and a column for the British weekly Record Mirror. I believe I have read that he is the brother of Harold Bronson who started Rhino Records and is a freind of the Monkees. I guess that makes Fred their friend too.
Anyway this is a wonderful book full of inside information. This book is old as it ends in April of 1985 with We Are The World which was #1 when this book was published. The is an updated version at Amazon and those old fashioned book stores and libraries that I still love to haunt. If you love inside stories on how your favorites of any entertainment media are created then you need to buy this book. Take it from me you will enjoy every page.