This Day in Music History: Kay Starr and Rock and Roll Waltz 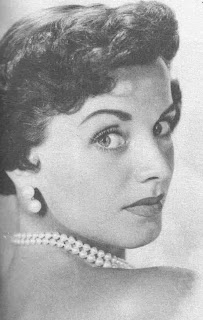 Kay Starr had been a popular singer since 1948 when she had a #1 hit with Rock and Roll Waltz on this day in music history February 18, 1956. Kay had just switched labels from Capitol to RCA when the asked her to record Rock and Roll Waltz. She usually sang loud, boisterous songs that when they gave her this, as she calls it, nursery rhyme song she thought it was a joke. When she found out they were serious she recorded it but felt it was an insult to her intelligence. While it is her best selling song as it was her only #1 hit, it is her least requested song when she performed live when it was #1. She said no one asked her to sing it on TV or anywhere when it was selling millions. They always asked her to sing one of her older hits called Wheel of Fortune.
Over time Kay has come to love the song and people do ask for her to sing it now. She said, “I see the response. When I see people reaching over and touching-if you can get people to touch and communicate I believe you’ve done your job.”
Posted by Rick L. Phillips at 3:11 AM