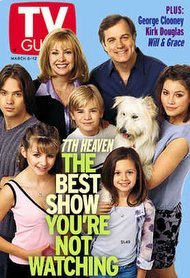 By 1989 the big 3 networks had almost completely written off Aaron Spelling. NBC did commission a show from him called Nightingales about student nurses. They gave him a big welcome to NBC that touched Mr. Spelling's heart. However, that was the last good time for him at that network. The show got bad ratings and bad press. The premise of the show had the nurses live in the same house and was more interested in their love lives with the Doctors then in helping save lives. It was quickly canceled. For most producers that would be the end of it. However, if his acting was his first act and his producing in the 1970’s was his second act, then he was about to enter his smashing final 3rd act. In the late 80’s others were starting to enter the network television field. In the 1950’s Dumont was the fourth network but faded. Now Fox started to create another fourth network. They weren’t taken seriously at first. They only had enough shows to air on the weekends. They started in 1987 and they did attract a big producer. No not Aaron. It was Stephen J. Cannell who produced 21 Jumpstreet. It led off the Sunday night lineup. That night did well for Fox and over time they expanded to other nights. To do that they were going to need more big name producers to attract attention. In 1990 they knocked on Aaron Spelling’s door. They wanted a show that could help them on the new Thursday night line up that could be competition against the strong NBC line up that night. Aaron helped by giving them Beverly Hills 90210. The show was an instant hit and made instant stars of the younger actors. It ran for along time. Fox eventually made the big 3 become the big 4 networks. It also gave Warner Brothers and Paramount the courage to try to start their own TV networks.
Now I gave you this brief broadcast history lesson to tell you of another show. That show is 7th Heaven. In 1995 the WB and UPN networks began. Everyone thought UPN had the best chance of making it because they had the new Star Trek Voyager show. UPN had a lot of very good action shows but the only one that came closest to being a hit was ST:Voyager. The other shows were doing so bad that when they had the chance the local stations switched from UPN to WB. WB didn’t have much but there were 2 shows that were getting good buzz. They were Buffy the Vampire Slayer and 7th Heaven. Unlike other hit shows from Spelling this was not a hit right out of the gate. As you can see by the TV Guide cover 7th Heaven was called the best show you’re not watching. That soon changed as the show became the most watched show on the WB. It ran for 10 years setting the record for the longest run family drama and breaking the record set by the Waltons. The cast grew so large that I won’t even bother mentioning them all here. It was about a local minister and his family and their trials and tribulations in everyday life. Stephen Collins played Rev. Eric Camden and Catherine Hicks was his wife Annie Camden. I thought that it was funny that both were veterans of Star Trek movies. Collins was in the first movie and Hicks was in the 4th film. 7th Heaven was a wholesome family drama and it was brought to you by the man many said was responsible for bringing sex to network TV. Mr. Spelling publicly said the show was his favorite of all of his shows. The actors playing the Camden children became famous and got TV and movie offers of their own. Barry Watson who played Matt Camden the oldest son was set to leave the show for another series. Then he was diagnosed with cancer. The producers of 7th Heaven kept him on the show as a writer. When he was cancer free he decided to stay on as an actor for awhile since they were so nice to him. Later he briefly got his own show. It was not a spin off. He starred in a show called What About Brian. Jessica Biel who played Mary Camden left the show for a movie career. No matter where they went they always came back to 7th Heaven for special shows like a wedding or the supposed series finale. I say the supposed finale as there are rumors that it could be coming back for the new CW network. I don’t know if it would be for the fall or as a mid-season replacement. My money is on the mid-season replacement at this late date. However, they won’t have to build new sets so maybe it will be on in the new fall season. Either way I love the show and hope it continues for at least one more year or as long as the scripts are well written.