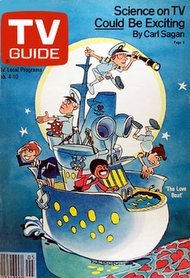 The year is 1977. The success of a series of made for TV movies, that were based on the book by Jeraldine Saunders called the Love Boats, is about to become a TV series. I am of course talking about the Aaron Spelling production of the Love Boat. It was one of the biggest hits of the late 70’s early 80’s and made certain that Gavin MacLeod would be known for more then just playing second banana on the Mary Tyler Moore Show. The production style of the series was like Love American Style on cruise ship. However, there was no continuing cast on Love American Style. You did have one on The Love Boat. Gavin MacLeod played Captain Stubing. Bernie Kopell was Doc. Fred Grandy was Yeoman Purser Gopher Smith. Ted Lange was Bartender Isaac Washington and Lauren Tewes was Cruise Director Julie McCoy. Cast members came and went during its run from 1977 to 1986 but these were the core members of the cast that were with it the entire run. Well Lauren Tewes left in 1984 due to personal problems. In 1979 Jill Whelan joined the cast as the Captain’s daughter and in 1984 Ted McGinley was cast as Ace the ships photographer. When Lauren left in 1984 she was replaced by Pat Klous as the new Cruise Director. In 1985 the ratings were starting to take on water. In an effort to save the ship 8 pretty dancing girls were added to the cast as the Love Boat Mermaids. One of those Mermaids was Terri Hatcher. Who later went on to star in Lois and Clark and recently in Desperate Housewives. The Mermaids failed to save the day and the show was canceled after 9 years. Ten years if you count the specials that started airing in 1976. The cast in the early years were just a frame work for the 3 or 4 short romantic comedies that took place on the boat each week. Every week bought stars from TV and movies of past and present together. Don Adams, Steve Allen, Charo, Helen Hayes etc. were all on the Love Boat. The Love Boat was the ideal place for Spelling to have crossovers with his other hit series that were also on ABC. Charlie’s Angels solved a crime and found romance on the boat. I believe the Love Boat even once went to Fantasy Island. The show even helped to change policy on real life cruise ships. Before Love Boat the bartenders on the ships had to be clean shaven. Isaac the bartender sported a mustache and some passengers didn’t want clean shaven bartenders. So they started allowing them to grow facial hair.
If any show put Aaron Spelling on the map as a TV producer it had to be The Love Boat. Yes Charlie’s Angels helped a lot but it fizzled out half way through. The Love Boat seemed like it would sail on forever. It was a monster in the ratings for several years. Not that it was a great show. It wasn’t. But it was lighthearted entertainment that was just the right medicine if you were home on Saturday night. The format of the show was pretty flexible. Comedy wise you could do almost anything with it.
The Love Boat had a second chance to sail on when 12 years after it was canceled a new Love Boat was on the UPN network. It ran from April of 1998 to July of 1999 with Robert Urich as Captain Jim Kennedy III. The premise was the same. Stars of TV and movies past and present starred in 3 or 4 romantic comedies each week. Bad ratings and a network with not enough stations signed up caused the cancellation of the show. However, on the last episode there was a reunion of the original cast of the first series. They got together for the wedding of Captain Stubing’s daughter Vicki on the new Love Boat. Fred Grandy who played Gopher was the only one not to show. He was now a politician and from what I hear was glad that Gopher Smith was now in his past.