Are You Following Jesus' Final Instructions?

How well are you doing at following Jesus' final instructions?

Go into all the world and preach the Good News to everyone, everywhere.

Mark 16:15 NLT
"'You must love the Lord your God with all your heart, all your soul, and all your mind.' This is the first and greatest commandment. A second is equally important: 'Love your neighbor as yourself.'"
Matthew 22:37-38 NLT

On October 20, 1968, a dramatic moment took place at the Mexico City Olympics. A few thousand spectators remained in the almost-dark Olympic Stadium awaiting one last runner.

Finally the wail of police sirens ripped the air. As all eyes turned to the gate, a lone runner wearing the colors of Tanzania staggered into the stadium. John Stephen Akhwari was the last contestant to finish the 26-mile contest. He had injured his leg in a fall and entered the track bloodied and crudely bandaged. While he hobbled the final, lonely lap, spectators rose and applauded him as if he had won.

To help us achieve a strong finish in our race of faith, Jesus Christ promised that "Whoever confesses Me before men, him the Son of Man will also confess before the angels of God."

You too can finish the race well by eagerly confessing Christ before others.

Posted by Rick L. Phillips at 7:24 PM No comments: 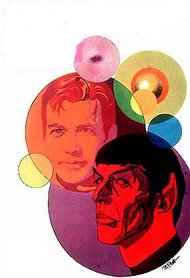 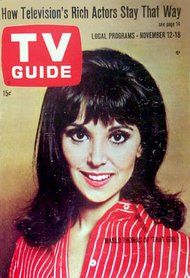 As TV Land has reminded us another show began a long run on September 8th 1966as well. It was That Girl starring Danny Thomas’ daughter Marlo Thomas. Many people have said that the Mary Tyler Moore Show was the first to show what life was like for the single woman in the city. It was really That Girl that showed that part of life first from September 8th 1966 to September 10, 1971. That Girl was the first of the new wave of shows that showcased an independant woman as the main character. That wave included MTM, The Doris Day Show and Rhoda. Miss Thomas played Ann Marie who moved from a small town to New York City to become an actress. She met Donald Hollinger played by Ted Bessell who became her boyfriend. Lew Parker played Lou Marie Ann’s father. Other comedy greats and future greats showed up from time to time. Like George Carlin, Ronnie Schell, Bernie Kopell, Ruth Buzzi and Dabney Coleman. Many of Ann’s big breaks came in the form of TV commercials, Soap Operas or as an understudy for a Broadway show. In one I remember her being upset when she was suppose to play a woman who was just killed and her eyes were open as the camera came in for a close up. The show was live and it could not be edited out. I couldn’t understand why she was upset. I had just learned in school that when a person died the muscles contracted and the eyelids sometimes would open. I thought she was playing the part accurately. Another stand out episode was when she was an understudy in a play that starred Ethel Merman. It was funny to see what she went through to meet Miss. Merman and introduce her to her friends. Now some people who have not seen the show may wonder where they got the title of the show. Well imagine a producer looking to cast a role. He says he is not sure what he wants but will know it when he sees it. Suddenly he sees Ann Marie and knows she is what he is looking for and says “I want That Girl!” Cue the theme music.
Ann and Donald dated the entire run of the show and did get engaged. However, they never got married. I guess they thought it would end any hope for syndication success. Syndication was starting to become a big player in contracts with actors and producers of TV series. This was a fun series to watch for all ages. You can get the first season on DVD at Amazon or catch it in syndication on a local station.
Miss. Thomas did show up on other TV shows from time to time but never had her own series again. She became a spokesperson for her fathers charity and later married Phil Donahue. Mr. Bessell had been on Gomer Pyle USMC as Gomer's friend Frankie Lombardi before he was cast on That Girl. In 1972 he got his own series called Me And The Chimp. He played Mike Reynolds. He was married with two kids and his kids found a chimp named Buttons in the park. His kids kept it as a pet. Mike never got along with Buttons and the show centered on how Buttons got the Reynolds family into trouble. It was Mike's duty to get them out of trouble. The show was never a big hit and only ran from January 13, 1972 to May 18, 1972. Later, he had a summer series of his own called Good Time Harry. He played sportswriter Harry Jenkins. Harry was also a playboy and his adventures in that area always got in the way of his assignments for the paper. He kept getting fired but he was such a good sportswriter that they always kept hiring him back. The show had a steller cast that included Eugene Roche, Marcia Strassman and Barry Gordon. It was a very funny show that I had hoped would graduate to become a regular series. Unfortunately it did not. The show only ran from July 19, 1980 to September 13, 1980.
Mr. Bessell became a respected TV director. They were in the planning stages of doing a TV reunion movie for That Girl with him as the director when he passed away. Others would have recast his part and gotten a new director but they decided not to do the movie. It was better to leave how good the show and Mr. Bessell was to the memories of fans of the show.

Posted by Rick L. Phillips at 4:31 AM No comments: 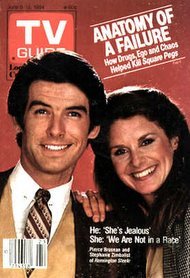 Fans of Remington Steele, James Bond and/or Pierce Brosnan here is where you can go to visit his official site on the internet. http://www.piercebrosnan.com/menu.php?mm=1&sm=1&pn=1
I just thought you would like to know.

Posted by Rick L. Phillips at 3:28 AM No comments:

This Day In Music History: Mitch Miller and The Yellow Rose of Texas 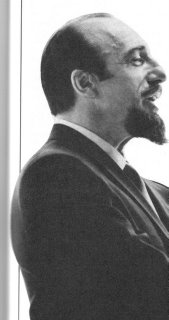 On this date in music history the Yellow Rose of Texas by Mitch Miller was the #1 song in the country on the Billboard charts. It was the 2nd #1 song in the history of the rock era. Mitch Miller was a critic of rock music but was a major influence of rock in his position as one of the heads of Columbia records. He was thrust into the limelight when his song, a new version of an old Civil War tune, went to #1. When Miller produced the record he liked it so much he ordered 100,000 to be pressed. One of his executives disagreed with the order and Mitch said he would buy back any unsold copies. He didn’t have to buy any of them back. The song was #1 for 6 weeks. His next project was an album called Sing Along With Mitch and was one of the first albums that included the lyrics so the listener could sing with the record. It was a huge hit. NBC gave him a special on TV. It did so well that they gave him his own show, Sing Along With Mitch, which ran from 1961 to 1966.