Rest In Peace Michael Jackson: A Special This Day in Music History Segment: The Jackson Five and The Love You Save 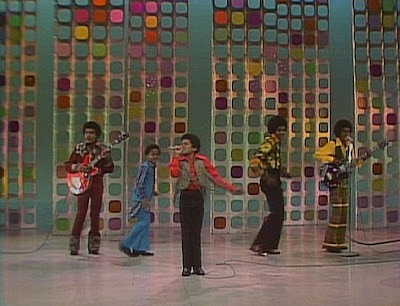 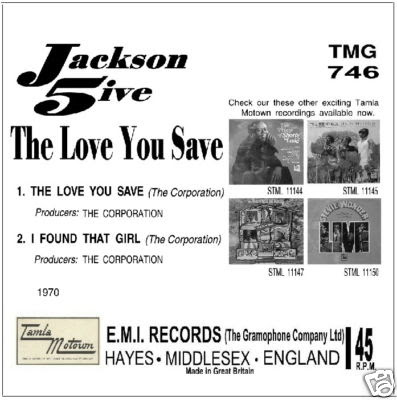 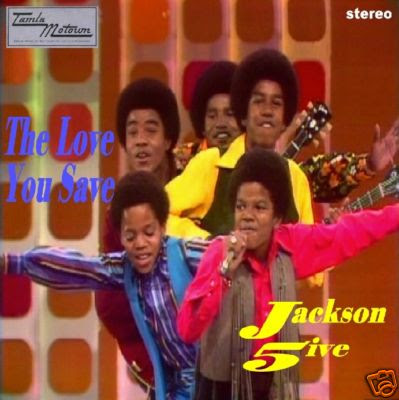 It has been quite awhile since I have posted a "This Day in Music History" segment. I have been wanting to do one and with the recent passing of Michael Jackson I wanted to do one with him in mind. Today marks a big day in music history for Michael and his brothers who together were known as the Jackson Five. On this day in music history, June 27, 1970, The Jackson Five had their third #1 hit on the Billboard Charts with the song "The Love You Save."
Why was this a big day in music history for the Jackson Five? Because it made them the first preformers in the rock and roll era to have their first three singles become number one.
It was written and produced by Freddie Perren, Fonce Mizell, Deke Richards and Berry Gordy Jr. Berry Gordy really wanted the third song to be a big hit. With the first two songs, "I Want You Back" and "ABC", having gone platinum the stakes were high for the third song. He wanted to prove the Jackson Five were no flash in the pan.
Finally they took a song they had written about watching out for traffic. Perhaps it was called "The Life You Save." I don't know for certain about that but I do know they changed the lyrics to be about a girl who was growing up too fast.
When it was finished three of the writer/producers took to the studio to record the demo. They went to the Sound Factory studio in Hollywood. While recording it Berry Gordy dropped in on them. After a few minutes of listening to them Gordy said he wasn't worried anymore because they had it. Then he left.
As you see in one of the photos the writing and producing credits went to "The Corporation." It seems that some time earlier the writing and producing team of Holland-Dozier-Holland had a nasty split with Motown Records. The pain from the split was still being felt and the generic name of The Corporation seemed to be safer.
Producing the first three singles for the Jackson Five wasn't the first time Freddie Perren was associated with the group. He played the piano at the Regal Theater in Chicago for Jerry Butler and the Jackson Five was the opening act. They had a regional hit with the song "I'm A Big Boy Now." Perren said Michael was so tiny that he thought the nightclub crowd would jsut murder him. He felt sorry for Michael. But when he sang he brought down the house. The Jackson Five were so well received that Perren thought Jerry Butler should have been their opeing act.
No matter how you feel about how he led is very public personal life, you have to admit that his talent was apparent from the very beginning. Rest in Peace Michael Jackson.
Below you can see him and his borthers Jackie,Tito,Jermaine and Marlon from their 1977 TV Show preforming the song.

Posted by Rick L. Phillips at 7:07 AM No comments: 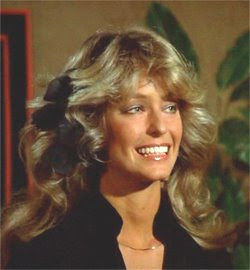 I was sad to hear that Farrah Fawcett had died due to cancer. I had heard that her long time boyfriend Ryan O'Neal proposed marriage again and this time she said yes. I had hoped that they would finally get married, even if it was at the last minute, to put a happy ending to her life and thier romance. That didn't happen. She gained fame on TV as part of Charlie's Angels. Try as she might none of her movies or TV shows ever had her match that fame again. Even her most famous movie, The Burning Bed, didnt do that and it just became a footnote in her career. For people my age the first time seeing Farrah may have been in guest spots on other TV shows like I Dream of Jeannie, Owen Marshall: Counselor at Law, Harry O, etc. or on many television commercials. For those pre politically correct days they were pretty sexy for television. I remember one where she was trying to sell the product to a woodsman. He told her that he hadn't seen a woman in years and she fought off his advances in the end by kicking him off of a huge tree stump.

Also here is a 1969 apearance she did on the Dating Game.

Here she is on The Partridge Family.

Rest in peace Farrah. You had many fans and were always entertaining.
Posted by Rick L. Phillips at 4:41 PM No comments:


Just saw this video on YouTube.com. In the more section it says that The Girl I Knew Somewhere was the original song for this segment. Others in repeats and syndication replaced it. Steam Engine from the CBS Saturday mornings is the one I remember. Here is the rare verson with Pleasant Valley Sunday.
Posted by Rick L. Phillips at 12:01 AM No comments: 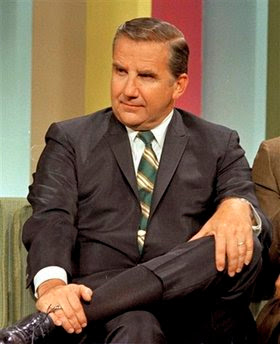 When I heard that Ed McMahon had died I couldn't help but remember when I first heard of him. I forget the exact year it was but I was just a young boy and my Mom and Dad were out looking at carpets. Since we moved into a new home in the early 70's it had to be in the late 60's early 70's era. In the store was a big stand up ad. Many TV stars of the day were on it and I knew them all. Except one. I asked my Dad who the guy was. Dad said he was Ed McMahon. "Who's that?" I asked again. He told me he was on TV late at night around 11:30pm.
Now my bedtime was much earlier then that. So it wasn't hard to understand why I didn't know him. I had never seen the Tonight Show at that time. It was the first time I knew that there were programs on TV after the 11 o'clock news.
As I got older and was able to stay up later I came to know Mr. McMahon and his friend and boss Johnny Carson better. Also, my love of TV, Flims and radio grew by leaps and bounds.
Mr. McMahon was actually a very talented individual. He couldn't sing or dance but he could announce. Yes ladies and gentlemen announcing is a talent. It helps to be born with a deep voice but even tenors can have success if they have talent. Luck also plays a big part in a persons success. Mr. McMahon's was when he was lucky enough to be teamed up with Mr. Carson.
His talent as an announcer took him far. He began to do more commercials and MC other TV shows like Star Search, Jerry Lewis' Labor Day Telethon, Macy's Thanksgiving Day Parade, TV Bloopers and Practical Jokes and more. Even showed he was a pretty good actor in movies and TV shows. My first time seeing him as an actor was in the 1970's classic movie "Fun With Dick and Jane." Ed played Dick's boss. He fired Dick and in the end Dick and Jane get their revenge. Here is a trailer to the film.


Finally having success on his own people were starting to ask why he still stayed on the Tonight Show. His answer was that his Mother raised him not to stray far from the well. As long as Johnny kept doing the tonight show he would stay with him.
With all of the commercials, TV Shows and movies you didn't have to stay up late to know who Ed McMahon was. By comparison the popular Johnny Carson was a recluse. Ed had to work twice as hard to get what Johnny had. Ed McMahon had the job that every announcer dreamed of and took it to another level.
In the last few years he was plagued with health and financial issues. He almost lost his home but made a deal to keep it. Saddly his health issues got the best of him. Announcing is a talent and skill that seems to be dying as well. With the passing of Ed McMahon we lost an American Icon. Not just a great second bannana or sidekick. We lost the last of the great announcers. Below is a video of an early TV show that he announced for. It is called "Two for the Money."

Below are some commericals that he did.

If you click here you can see a car ad he did for American Motors Corporation.
Posted by Rick L. Phillips at 3:52 PM No comments:

As many fans of the Monkees know Peter Tork is battling cancer. To help raise money for charitable organizations, Petertork.com is selling the colorfulbands that you see above. The cost is $3.99 each plus $1.75 s&h = $5.74 for orders in the USA. Order one today to wear your heart on your sleeve for Peter and anyone who is fighting for their life with cancer. If yhou know someone who lost the battle then you may want to order one in honor of that person.
Posted by Rick L. Phillips at 12:01 AM No comments: 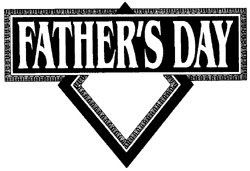 Ever wonder how Father's Day started? If so you may want to go to this site. They tell you about the early days of the holiday. It hasn't been with us as long as you may think.
Posted by Rick L. Phillips at 5:17 PM No comments: