Martin and Lewis on radio 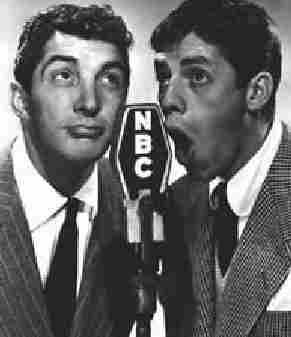 It seems I am in a Martin and Lewis mood this week. So here they are on their own radio show. Oh by the way don't play the first one. It didn't turn out too good and it sounds like the chipmunks. The second one is pretty good.

I have been watching a lot of Martin and Lewis movies on DVD lately. Not only did it provide me with some good clean fun but I also saw that Scared Stiff, their obligatory comedy team meets ghost movie, is full of pop culture icons. Not only does it have Dean and Jerry but it also stars Lizbeth Scott, Carmen Miranda, George Dolenz (Father of the Monkees Micky Dolenz) and a cameo by Bob Hope and Bing Crosby. I never thought that many pop culture icons would be in Scared Stiff as it is one of the least known of the duos films. Above is the film trailer.

Here is a scene where Dean sings with Carmen.

Here is a scene with Dean singing to Lizbeth Scott. The man he is talking to at the beginning of the scene is George Dolenz.

I tried to find a video where they met Hope and Crosby in the film but no luck there. If I do find it I will post it here.
Posted by Rick L. Phillips at 4:18 AM 3 comments: 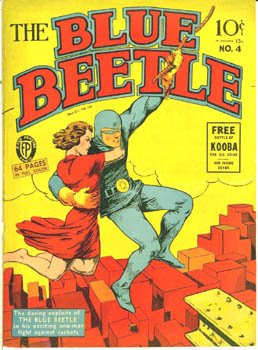 For those of you old time radio fans here is the origin of the Blue Beetle on radio from 1940.

A message from DC Comics Publisher 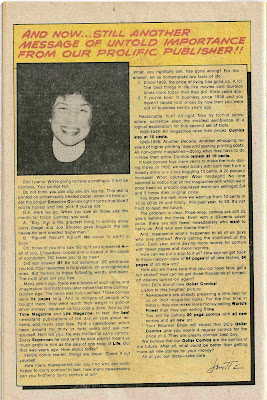 Here is a message from DC's publisher in 1977. She explains why they started putting out their Dollar Comics at that time. That was a huge price jump at the time and it also shed some light on why some of the writers and artist at the time thought comics wouldn't be around in the 21st Century. Click on the picture and read it.
Posted by Rick L. Phillips at 3:01 AM No comments: 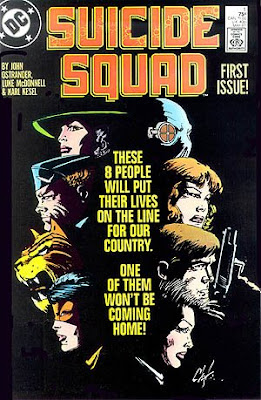 I just found out that Suicide Squad, the version written by John Ostrander and art by Luke McDonnell and Karl Kesel, is coming out in May. I believe that it will be in the middle of the month.
I read almost the entire series that lasted 66 issues and it was great. The stories were usually continued into each other so to have them all in one is a good deal even if they are in black and white. The artwork for the paperback edition has not been released yet but I have given you a look at the cover of the first issue in the series.

For those of you who have never read or heard of the series here is the idea behind it. Some mission are too dangerous to risk the lives of good men. So they offer criminals a chance at freedom. They take on the mission and, if they live, they get to go free and they have to keep the squad secret from the public. They never did trust Captain Boomerang so they always tried to find ways to keep him in the squad. It was sort of like the Dirty Dozen meets Mission: Impossible. I highly recommend this book.

Posted by Rick L. Phillips at 7:04 AM No comments:

Larry Norman and I Wish We'd All Been Ready

I said if I ever figured out how to make embedded music on this site that I would make the first one to be of Larry Norman's song I Wish We'd All Been Ready available. Well here it is. I would like to thank Kent of Forgotten Hits for pointing me in the direction of Divshare. However, I wasn't able to make that work with their free service and my funds are limited. This one with Google I think will work quite well for my finances.

Posted by Rick L. Phillips at 9:52 AM No comments:

Here is a video of the just released Archie's Funhouse. This was really the TV version of Archie's Joke Book. Now was the Joke Book selling so well they gave it a TV show or did they do it to boost circulation of the book? I always loved how they superimposed the real live kids coming into the theater and Archie and his friends were on stage preforming.

Posted by Rick L. Phillips at 5:08 AM No comments: