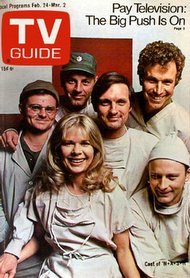 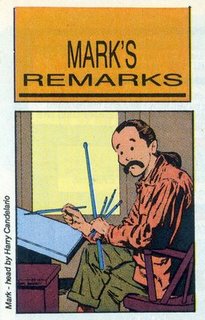 Over at the Fred Hembeck Show Fred gives this sad but touching reminder that in August this was the 10th year since the sudden passing of a great writer. Mark Gruenwald. Notice that I didn't say comic book writer. While that is what he was known for Mr. Gruenwald had the talent and skills for any kind of writing. He just chose to use them in the comic book format. His long run on Captain America is the best that character has ever had. In the 80's I was buying mostly Marvel comics. I was not shy of buying books by other publishers and started to wonder why I was drawn to Marvel. Then I noticed that all the books I was buying were either written or edited by Mark Gruenwald. I wasn't a Marvel fan. I as a Gruenwald fan. I started to feel I knew the man through his stories and it came as a shock when I read of his death. The comic book industry got alot darker for me after the passing of this quiet star.

Posted by Rick L. Phillips at 4:15 AM No comments:

This Is Tom Jones! 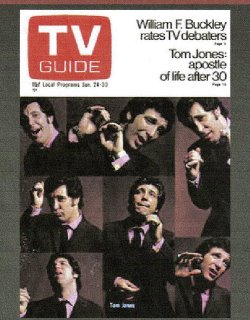 Earlier I did a series on pop music stars that got their own variety show. Last night I watched Dancing with the Stars and Tom Jones was the guest singer. How could I have forgotten that this man who had a lot of hits also had his own show from February 7, 1969 to January 15, 1971 on ABC? Tom Jones is a Welsh singer who is a son of a coal miner. Tom is a former door to door salesman. He was named Thomas Jones Woodrow and later shortened it to Tom Jones. He had a lot of hits in the 60’s like It's Not Unusual, What’s New Pussycat? and She’s A Lady. He also sang the theme song to the James Bond movie Thunderball. In 1966 Tom’s popularity started to slip. His manager suggested that he change his image a little bit by wearing a tux. This helped to make him seem more mature and changed him from a pop singer to a crooner. The new image worked and Tom Jones returned to the top 40 in England and America. In the late 60’s Mr. Jones started concentrating more on his club appearances then on his recording career. During this time he also started his variety series. His show was a hit in the UK and the US. The series was filmed in London and in Hollywood allowing it for a wide range of American and British guest stars from Peter Sellers, Dusty Springfield and Herman’s Hermits to Edward G. Robinson, Tanya Tucker, Debbie Reynolds, Bob Hope and George Carlin. After the show was canceled he continued to have hits in the UK but none in America until the late 80’s. It was then when he joined with the group the Art of Noise and recorded the song Kiss that was written by Prince. In 2000 he preformed at the Millennium Celebrations in Washington. Since then he has turned up on various shows like he did last night on Dancing with the Stars. It’s not unusual for Tom Jones to show up when you least expect him. 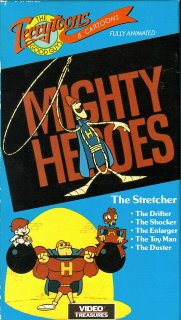 Remember this cartoon? Diaper man led this band of heroes into battle. Ropeman, Strongman, Cuckoo Man, Tornado Man etc. made up the membership. The villian was always getting the upperhand and usually tied up the heroes with Rope Man. They would get free and finally work together to defeat the bad guy. Now at Jump the Shark a person has posted that they are making a movie based on them. Ryan Styles is to play Rope Man and Greg Poops is to play Cuckoo Man. If this is true it should be a very funny movie.

Posted by Rick L. Phillips at 6:43 AM No comments:

Happy 40th Anniversary to the Monkees! 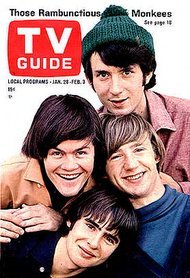 If you are a Mother or a writer or a Star Trek fan you need to take a look at A Mama's Rant.
It's a nice little site that is dedicated this week to the 9/11 victims.
Posted by Rick L. Phillips at 5:05 AM No comments: 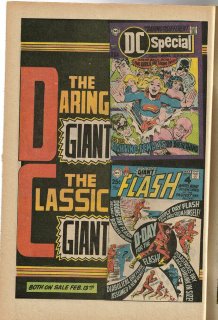 Posted by Rick L. Phillips at 4:42 AM No comments: 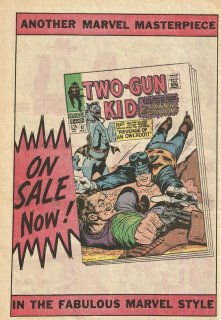 Posted by Rick L. Phillips at 3:22 PM No comments:

How well do you apply God's Word to your life?

He replied, "But even more blessed are all who hear the word of God and put it into practice."

Luke 11:28 NLT
You should behave instead like God's very own children, adopted into his family—calling him "Father, dear Father."
Romans 8:15 NLT

Actions speak louder than words. Our behavior is eloquent testimony to who we are and what we think. Holy thought and corrupt behavior cannot coexist. It is a lie to say follow Christ if you are disregarding his Word and ignoring him. And is it surprising and disappointing when we hear people give a clear Christian testimony and yet see that they have a questionable lifestyle? The Bible calls us all to holy living. We are to make every effort to live according to its guidelines. First, if we are truly a new creature in Christ, then God's Holy Spirit is living within us, helping us want to do what is right. Second, godly living is an example to unbelieving friends, neighbors, and co-workers that we are different. People are attracted to others who are consistently kind, gracious, and loving. When they ask what makes you different you will have a wonderful opportunity to tell them of God's love. Third, godly living is a confirmation that you are, in fact, living for God and not yourself. It is a barometer of your relationship with him. And fourth, godly living means that you are emulating Christ, who is our ultimate example of how to live.

Posted by Rick L. Phillips at 6:57 AM No comments: