Have You Asked For God's Protection?

O God, listen to my cry! Hear my prayer!
From the ends of the earth, I will cry to you for help, for my heart is overwhelmed.
Lead me to the towering rock of safety, for you are my safe refuge, a fortress where my enemies cannot reach me.
Let me live forever in your sanctuary, safe beneath the shelter of your wings!
Psalm 61:1-4 NLT
A request for protection
As the commander of Israel's armies, David was an expert at analyzing an enemy's defenses and planning fortifications. Under David's leadership, the strong fortress of Zion (later called Jerusalem) was captured from the Jebusites. And after he captured it, David oversaw the building of additional fortifications around Zion (2 Samuel 5:6-10). But David didn't place his trust in the fortress he had built. He knew God was his true "towering rock of safety." There was no safer refuge than the Lord's sanctuary—the presence of the Almighty.
Although we might not realize it, we are just as vulnerable as King David was. We need to be led to God's rock of safety. Run to the Almighty in prayer and trust in him to keep you safe.
Prayer for today:
O God, lead me to the towering rock of safety, for you are my safe refuge…

Posted by Rick L. Phillips at 7:13 AM No comments:

How Soap Operas Changed the World 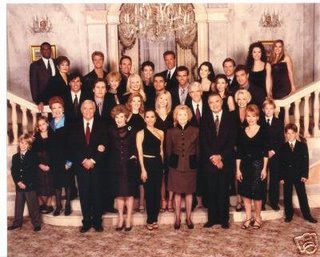 A Belated Happy Anniversary to Spidey and the FF 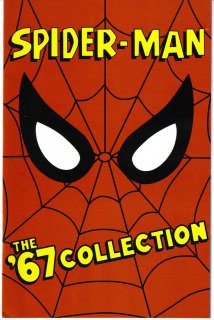 Posted by Rick L. Phillips at 7:14 AM No comments:

For Heaven's Sake by Mike Morgan

Posted by Rick L. Phillips at 7:12 AM No comments:

Adam of the Road by Elizabeth Janet Gray 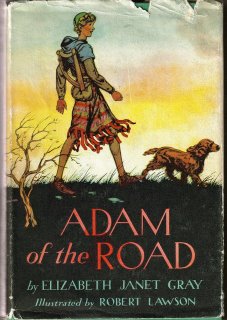 Here is one of my favorite books I had, and still do, from when I was growing up. Adam of the Road is by Elizabeth Janet Gray and illustrated by Robert Lawson. It is a Newberry Medal Award winner. It takes place in the early days of England when the sun never set on it's empire. Adam's Mother has passed away and his Father raises him alone. Not an easy task since his Father is a Minstral. Adam is a very well adjusted and level headed boy. The road is home for Adam and his Dad. His adventure starts when Adam and his Father are seperated and someone steals Adam's beloved dog. The book follows him as he tries to cath up to his Father and find his dog.
I remember first hearing about this book when I was in a class at Ryland Heights Elementary. They brought in a TV and showed us a tv show on PBS where a lady read us part of the stroy. When I saw it for sale in the bookstore in Sears in Cincinnati I asked my Mom and Dad to buy it. They did and I have loved it ever since. It was the first hardcover book I owned that was not a text book. If you wish to purchase it on line you can click on Books I Like Store

to get the book. If you want your children to learn about the history of England then this book can help.

Posted by Rick L. Phillips at 6:02 AM No comments:

Are you wearing the full armor of God?

God has conquered all our enemies

Be strong with the Lord's mighty power. Put on all of God's armor so that you will be able to stand firm against all the strategies and tricks of the Devil. For we are not fighting against people made of flesh and blood, but against the evil rulers and authorities of the unseen world, against those mighty powers of darkness who rule this world, and against wicked spirits in the heavenly realms.

This is perhaps the Bible's most comprehensive teaching about the resources believers have to overcome evil. Spiritual forces lurk behind many of our conflicts. Therefore, you should not attack the people manipulated by evil but focus directly on the evil itself. Rely on truth, faith, the power of your testimony, the wisdom of God's word, and the power of prayer. When these are mobilized, evil succumbs, God wins, and you win.

Posted by Rick L. Phillips at 6:07 AM No comments: 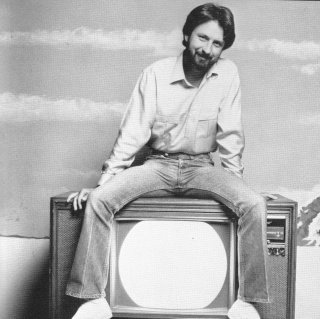 Posted by Rick L. Phillips at 8:08 AM No comments: