Video of the Week: The Odd Couple Opera 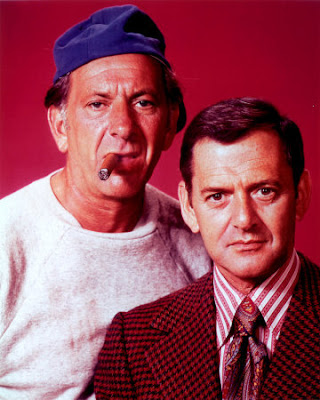 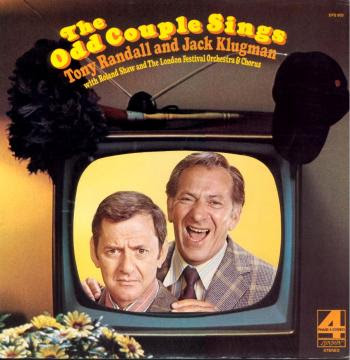 Closing out the week is another segment from the Odd Couple Sings. This is the Odd Couple Opera. It is ofer 10 minutes and took up most of the second side of the album. It is basically one of the episodes set to music. I liked it and I hope you do too. I have chosen this as the video of the week.

Posted by Rick L. Phillips at 1:04 PM No comments:

The Odd Couple Sings: When Banana Skins Are Falling

Posted by Rick L. Phillips at 6:34 PM No comments: 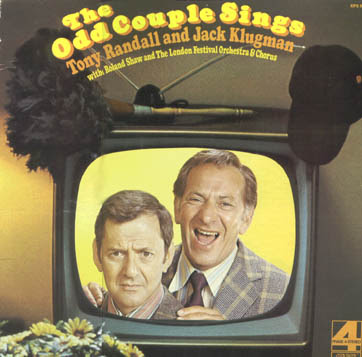 In 1973 Tony Randall and Jack Klugman recorded an album called "The Odd Couple Sings." I remember finding this album at Value City in Latonia,Ky. Value City is no longer there as they recently moved to Florence,Ky. However, the memory of that find lingers on. I loved that album. I played it for anyone I thought would be interested. I had it for years but at some point I lost it. I have tried to find other copies but with no luck. Recently I found on the web some mp3's. Can you believe that? Anyway from time to time or maybe for the rest of this week I will post some of the songs here. The songs were not written just for them. They are mostly standards and showtunes. The most recent one at the time the album came out was "You're So Vain." I believe that was the first time I heard that song. Not by Carly Simon but by Randall and Klugman. Actually it was only Jack Klugman who sang the song. They tried to incorporate a bit of comedy with each tune. THe best was the over 10 minute musical skit called the Odd Couple Opera. Today here is the song Johnny One Note.

Posted by Rick L. Phillips at 8:39 AM No comments: