This Day in Music History: Les Baxter and Poor People of Paris 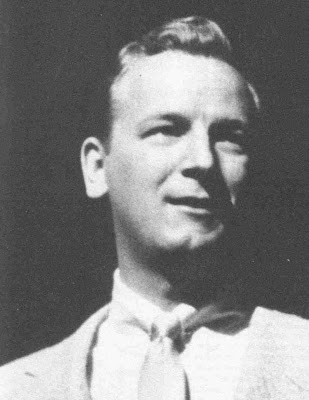 On March 24, 1956, this day in music history, Les Baxter had the #1 song in the country on the Billboard charts with Poor People of Paris. It was his only #1 single. It replaced the song Lisbon Antigua by Nelson Riddle at the top of the charts. To this date it is the only time in the rock and roll era of music that two instrumentals have reached the #1 position back to back. The song was written by Rene Rouzaud and Marguerite Mannot, who also wrote the score for Irma la Douce. The song was a hit in France. When it was to be recorded in America, Capito Records France representative translated the title incorrectly. It should have been titled The Ballad of Poor John but it became Poor People of Paris and the mistake was never corrected.

Les Baxter was born on March 14, 1922 in Mexia, Texas and started his music career at the age of 5 when he learned to play the piano. He studied at the Detroit Conservatory of Music but left in his senior year when he was given a scholarship to Pepperdine College in Los Angeles. In the 1930's he became a well known conductor in Hollywood when he began working with personalities like Bob Hope and Abbott and Costello on their raido shows. He was the conductor of the world famous Coconut Grove at the Ambassador Hotel. He also sang with Mel Torme's Meltones. He bagan recording for Capitol records in 1950. His first album for them was Music Out of the Moon and was considered a bit exotic.

On January 15, 1996 Les Baxter died of a heart attack in Newport Beach, California. He was 73 years old.

If you click on the video below you can hear Jack Marlin play a medley of two songs. The first is Poor People of Paris. The song over the years has been recorded by many musicans. One of them is Chet Atkins and Mr. Marlin is playing the song as a tribute to Mr. Atkins. However, on this site I am dedicating it to the memory of Les Baxter.

Mike Nesmith in the movie Burgler

Here is a clip from the movie Burgler. It is the part where Mike Nesmith has a cameo in the movie.

Posted by Rick L. Phillips at 9:56 AM No comments: 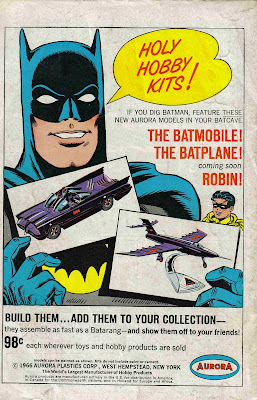 In the mid 1960's Batman was everywhere thanks to his twice a week, later once a week, TV show. DC had him merchandised out everywhere. You could see Batman and Robin on everything from toys to notebook binders. One of the toys that was popular at the time were the model hobby kits. Batman was on one of his own swinging down from a tree with the batarang ready to clobber the villain. Robin, as this ad says, came later and was throwing a huge electrical switch. This ad is selling the Batmobile and the Batplane. Neither of them did I see for sale. With the success of Batman on TV other local stations were airing the Adventures of Superman with George Reeves. He too had a model with Superman busting through a brick wall. That model I did see. My cousins Jeff and Randy had one completed and painted in their room. For some reason I can't remember which one I had. I think it was the Batman one. I have always wanted the Superman one. Perhaps I will some day as they still bring them out from time to time.
The only problem I have with this ad is the wrong one is saying "Holy Hobby Kits!" That was Robin's catch phrase. Robin should have said it and Batman could have said "Right you are old chum!"
Posted by Rick L. Phillips at 10:47 PM No comments:

Her is a vintage commercial for Irish Spring soap.

Posted by Rick L. Phillips at 5:15 AM No comments:


A G4 ad with the ENterprise crew relaxing at Spocks pool.
Posted by Rick L. Phillips at 5:14 AM No comments:

Well I have tried to not do this but my financial status now demands that I finally put in a Paypal button to take donations. There is practically no overhead on any of my sites but everyonce in a while I see things that I would like to buy to show you all here. In my current position I can't do that. So you can look on the links section to the right if you wish to donate anything. At present we can only take cash. We don't have the ability to take credit cards at this time.
Posted by Rick L. Phillips at 3:45 PM No comments:

Is the Original James Bond back?

I have heard by G4 and Dark Horizons that Sean Connery is interested in coming back to the James Bond films. He wants to come back as Bonds Father. That would mean it would have to be in flashbacks or change Bonds background. Bond is an orphan and was one before he became 007. This could also halt the production of the new Indiana Jones film as he was to come back as Indiana's Father in that film too. I doubt he will be back in the Bond films if so they will have to pay him alot of money. For me I would like to see him come back as a Bond villain. James Bond in the books I have read was not really the characters real name. It was a name given to an agent in order to hide who he really was. So we have never really known who James Bond is. This would also answer why different actors have been able to play him over the years. They were really different people. So Mr. Connery could play an ex-British agent who has gone mad. Perhaps he wants revenge on how badly he was treated by British Secret Service. Either way it would be nice to see him back in a Bond film but I doubt it will happen.
Posted by Rick L. Phillips at 8:03 AM No comments: 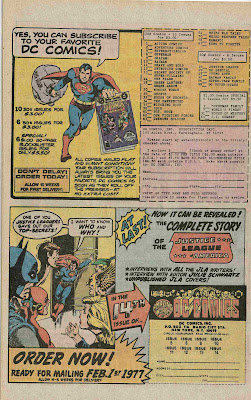 The ads for subscriptions have always been a favoirte of mine. Sometimes you would see art that you would not find anywhere else. Other times they may take art from one of their books and make it seem like they ar talking about one of the books they are selling. On this ad from 1977 they took a cover from a Justice League of America issue and it seems like Superman is up set that a memeber of the JLA told secrets that were being revealed in the latest issue of the Amazing World of DC Comics.
Posted by Rick L. Phillips at 7:14 AM No comments:


This is a very funny video. Click on it to see Spock have a party at home.
Posted by Rick L. Phillips at 3:02 AM No comments:

A Canada Dry Ad from 1976 done to the tune of Ain't She Sweet. It stars Ken Norton, Ruth Buzzi and Howard Cosell.

This is a 1980's remake of a commercial from the 1970's. This one stars model Elle Macpherson. The original star of the 1970's commercial was a pretty girl whose name I don't know. My broadcasting professor in college said the ad from the 1970's was really a bad ad. The reason why was that there was no close up shots of the drink that she was carrying that helped the girl to stay in shape. Since the product is the real star of any commercial it was a bad ad as you had no idea what they were trying to sell till the song at the end mentioned the name Tab. As you can see they took care of the no close ups of the products with this ad.

For those of you who saw this video on this posting you may have wondered what group Micky and Davy saw the night before their man on the street interview. Booksteve said it was probably the Outsiders. Well Leo may have been the lead singer but I am not certain if it was the Outsiders as I didn't see anyone who looked like Batman or Black Lightning in the group. :) Anyway this may clear things up for you so take a look. It looks to be a group called the Motions.

Posted by Rick L. Phillips at 5:52 AM No comments:


Here they come...From their first and I think only apperance on the Muppet show.
Posted by Rick L. Phillips at 3:01 AM No comments:

The Monkees on Laugh In and the Art of Salesmanship

Posted by Rick L. Phillips at 9:16 AM No comments:


Just as the title says Peter receives an award on behalf of the Monkees in April 2006 and two parts of an interview that he did for PBS in June of 1979.
Posted by Rick L. Phillips at 8:58 AM No comments:


Here is a video of Mike singing his song Magic. It is a favorite video of mine that Mike did. As you can hear with his falsetto singing it came near the time the Bee Gees made that form of singing popular.
Posted by Rick L. Phillips at 8:47 AM No comments:


An early video for the Mike Nesmith hit song, at least in England, Rio.
Posted by Rick L. Phillips at 8:43 AM No comments:


Ringo Starr and guest selling Pizzas for Pizza Hut.
Posted by Rick L. Phillips at 8:39 AM No comments:

Here is a video of Micky Dolenz in Japan on TV preforming a song called I'm Your Man. It is from 1978. This is mostly him as a solo preformer but it could be a solo spot from his Dolenz, Jones, Boyce and Hart tour.

How Last Train to Clarksville was recorded


I have heard this story before but you can get it straight from the Monkees in this interview from the 1980's when Micky, David and Peter reunited. The video is poor but if you have not heard the real meaning behind the hit you will want to see this video.
Posted by Rick L. Phillips at 3:01 AM No comments: