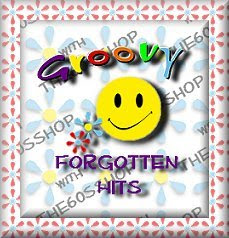 I wasn't asked but being the big Monkees fan that I am I have to give this plug to Forgotten Hits. Beginning Sunday March 30th Forgotten Hits will be running their interview with Bobby Hart. With his business partner Tommy Boyce he was a producer and songwriter for the Monkees and many others. They even had there own career as performers and had a few hits. There biggest was "I Wonder What She's Doing Tonite?" They even appeared on shows like "Bewitched" and "I Dream of Jeannie." When casting for the Monkees they were even considered to be made members of the group. Instead they produced the first album for them and wrote their theme song and the beautiful "I Wanna Be Free." To hear it from Bobby himself go to Forgotten Hits starting on March 30th.

Maybe next time I will give someone a bashed plug instead of an unabashed plug.
Posted by Rick L. Phillips at 6:25 AM No comments: 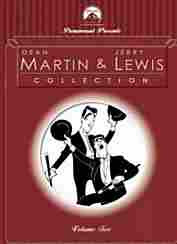 As readers of this blog know I have recently watched many of the Martin and Lewis films. These were from the library edition of the Martin and Lewis Collection vol. 1 and 2. However, these collections are not complete. I know they are missing At War With the Army and Three Ring Circus. I have recently seen At War With the Army so I wasn't looking forward to that but I was hoping to see Three Ring Circus as it has been years since I have seen it. These are glaring omissions and needed to have been included. I have found AT War With the Army on some cheap DVD's but I can't find Three Ring Circus anywhere. Well I can't find the complete movie but I have found some clips on You Tube. I will post one here each day. Now the talking in the scenes are in a foreign language so these posts will stick to the slapstick comedy and the singing. Perhaps I will post videos of both singing as these movies reminded me of how well both men could sing. No surprise with Dean but I forgot how good a voice Jerry had when he did sing. Even in his funny voices he could harmonize well. Here today is a clip from You Tube called My Favorite Clown from Three Ring Circus.

Superman had his own radio show and it was a huge hit. He even met Batman and Robin on his show. So was the Batman Mystery Club a spin off of that show. Hardly, it came years later and this is the only episode of the show produced. It says on the show it is the 103rd meeting of the club but the first 102 meetings as well as #'s 104 and on were never produced. This episode was a pilot for a series and it never got beyond that. Superman has been a hit on radio, TV, movies and even been the subject of a Broadway play. Batman has been a hit on TV and in movies but never on radio or to my knowledge been a Broadway play.

Anyway if you want to hear the only radio show that starred Batman and Robin click on the player to listen.

Here is a video with clips of different old TV commercials and PSA's.
Posted by Rick L. Phillips at 3:01 AM No comments:

Here is a site that will help you efficiently clean your monitor screen. Click here to try out this revolutionary new cleaning system or click on the title above.
Posted by Rick L. Phillips at 6:36 AM No comments: 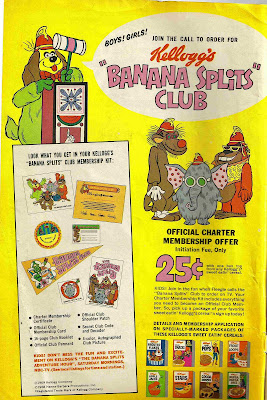 The Banana Splits were sponsored by Kellogg's and their comic book adventures were published by Gold Key. This ad was in all Gold Key comics in 1969 as a way to judge how popular the group was with children.
Posted by Rick L. Phillips at 3:01 AM 2 comments:

Here is the opening to the late 1960's superhero sit-com Mr. Terrific.
Posted by Rick L. Phillips at 3:43 AM No comments:


I am a student of broadcasting and have long heard that Jerry had his own talk show. I have always wanted to see it but never been able to. Thanks to the internet and You Tube I now get to see episodes of many shows that were canceled before I could see them. Over at Classic Television Showbiz you can see the above clip of Jerry's talk show and more. It was the episode that aired the day it was announced that the show was canceled and Jerry is not happy about it. Thanks to WFMU's Beware of the Blog for pointing this out.
Posted by Rick L. Phillips at 3:01 AM No comments:

Well today is my wedding anniversary so don't expect more postings then this on here. I will say if you need a slipcover and live in the Cincinnati, Ohio area then you can click on Custom Slipcovers and see if they can help you. That is my wife's business and you can consider that an anniversary gift if you will by just clicking on the site. If you use their services or or link to it on your site that would be great also.
Posted by Rick L. Phillips at 3:01 AM No comments:

Believe it or not

Believe it or not I have started another blog. I was looking for a letterhead to use on Plastic Man Platitudes. I was having a hard time finding it and I thought I may not be the only one. So I decided to start Comic Book Letterheads. Not much there right now but I hope it will grow.
Posted by Rick L. Phillips at 3:01 AM No comments: