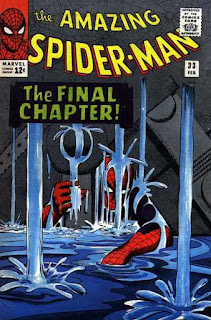 I went to see the new movie Spider-Man: Homecoming today and here is what my opinion is of the movie. There will be spoilers so if you haven’t seen it yet, don’t read any farther.


First, let’s start with the good things about it. The main thing is Michael Keaton. This man has range. He plays his multi-layered character very well. He plays the concerned boss to the loving and caring husband and father to the evil crime boss very well. He needs an Oscar nomination for his part in the movie.


Tom Holland plays his part well and shows why he was chosen to take over the role. While I wish they would have stuck with one of the others and tried to put their previous movies into the Marvel Cinema Universe, I can live with Mr. Holland in the role.


Using the old sixties cartoon theme as the movie theme is great. It should have been done in the other films. This is the one thing they did better than the Sam Raimi films.


Normally I don’t like it when they double up on the villains, However, this is done well in this movie, mainly because the Shocker is not in that many scenes. He is in the scene where he is needed and that is it. They even hint at the Scorpion as a future villain.


The others from the Avengers films are in it too and Captain America is used to comical effect.  As a matter of fact, there is almost more comedy in this movie then there is action. I laughed through most of the film.


Now the reason for the photo above. I love that they paid tribute to the Lee/Ditko story of Spider-Man working up the courage to push himself out from under debris when the Vulture traps him with it.


Now the parts I didn’t like. First is there are a couple of spots where a cuss word of two is used. Not many. Just a couple, but if you’re like me and don’t like cussing I think you should be warned. Another thing is when a character playfully gives Peter the finger. For me that is out of place for a movie like this.


Now comes what seems to be turning into a long debate for comic book fans, changing characters races for racial diversity. I have nothing against African-American, Asian or Hindu characters in my comics or films. However, please create new characters if you want them. Liz Allen is now half African-America and the Vulture is her dad!!! Flash Thompson is now Hindu, almost as smart as Peter, a part time party DJ and not a tall, white, muscle bound, Captain of the football team athlete who bullies Peter. He just calls him names in front of the other students.


With the character that Zendaya plays in the movie they kind of did a new character while they changed the race of a character. That’s confusing if you haven’t seen the movie yet, so you’ll have to see it to find out what I mean.


Over all it’s a good movie, but the ones directed by Sam Raimi, at least the first 2, were better. Comparing this to DC’s Wonder Woman I would have to say that, I can’t believe I’m saying it, Wonder Woman is better.  Still I’m glad I saw it and I can’t wait to see more of the Marvel movies in the near future.
I give is 4 out of 5 stars. Barely but it does get 4 stars.
Posted by Rick L. Phillips at 5:39 PM No comments: