Satrday Morning Cartoons: The Flintstones and Nothing But The Tooth

No obscure or rarely seen cartoons today. This part of the Saturday Morning Cartoons features that classic family the Flintstones.

The Man on the Eiffel Tower 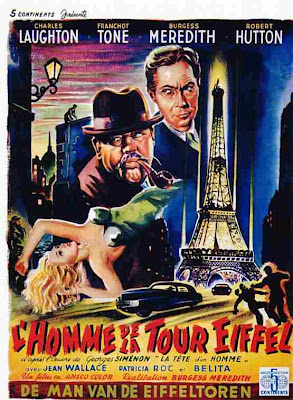 I recently heard about a movie called the "Man On The Eiffel Tower." The title alone would have gotten me interested but it was the choice of director that intrigued me. It was directed by Burgess Meredith.
I read somewhere that the first director quit over creative differences. Normally that is a phrase that is used to hide the real reasons but after seeing this movie I believe it. Young Mr. Meredith got the job when his new friend, Charles Laughton, had such faith in him that he suggested that he take over as director.
The story is really about a down and out medical student, played by Franchot Tone, is hired to kill a woman. Mr. Meredith is set up as the killer. The majority of the film is a cat and mouse game between
Mr. Tone and Mr. Laughton. The ending takes place on the Eiffel Tower where Laughton and Meredith corner Mr. Tone and he contemplates suicide in order to escape prison.
There are huge plot holes in the film. The biggest is why Burgess Meredith's character is at the scene of the murder in the first place. Late in the movie it is explained he was there to borrow money but I don't recall anytime that they told how he knew the murder victim.
The film needs a major restoration. It was filmed in color. However, for most of the film it looked almost in black and white. The poster for the film above has more color then the film now does.
This movie was a Hitchcock style film but it failed to do it's "homage" to the director justice. With a major re-write of the script that would fill in the plot holes this film could fair well with a re-make. It has a decent story if told well. I can see George Clooney in the part of Franchot Tone.
Posted by Rick L. Phillips at 5:35 AM No comments: 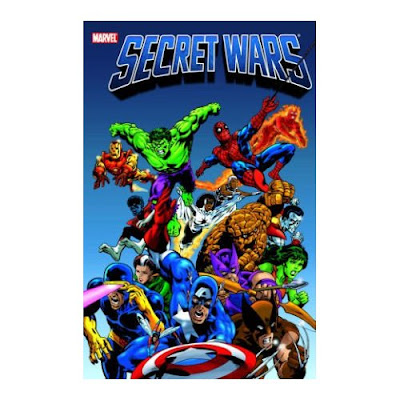 In my opinion this is one of the best team-up mini-series that Marvel has ever produced. It is mostly known for Spider-man getting a new suit that would eventually become half of Venom. However, I like to look at behind the scenes strategy. This series gave a look at both sides and created a great build up for the ending. Some didn't care for it at the time but I loved it. Now you can get the complete mini-series in this omnibus. You can pre-order it at Amazon.com by clicking on the link below.

Video of the Week:Sammy Davis Jr. and GE

Anyone remember when cassette audio recorders were the newest entertainment invention and the stars endorsed them? If you are like me and you do remember or even if you don't here is Sammy Davis Jr. selling one for GE. It is the video of the week.

After seeing this post on Pop Culture in the Pumpkin Patch I was going to make Devlin the next show on my Saturday Morning Cartoons segment this Saturday. However, I wasn't able to find any episodes on You Tube. I did find the 1974 opening so here it is to share with you.

Tune in to see this Saturday to see what episode will be on the Saturday Morning Cartoons. At the moment even I don't know.
Posted by Rick L. Phillips at 12:01 AM 1 comment:

This Day In Music History: The Everly Brothers and Wake Up Little Susie 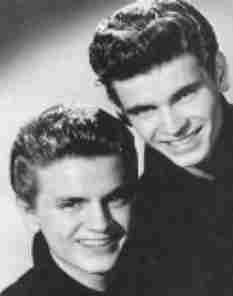 I am proud to say that on this day in music history, October 14, 1957, two men from my home state of Kentucky, the Everly Brothers had the #1 hit in the country on the Billboard Charts with Wake Up Little Susie. Their beautiful harmonies inspired and influenced a generation of singers like the Beach Boys, Simon and Garfunkel and even the Beatles.
The boys, Don and Phil, actually come from a show business family. Their Dad, Ike Everly, was part of the first singing Everly Brothers act with his two brothers. When they lived in Iowa Don and Phil had their own early morning radio show on KMA before they went to school. Don even had his own Saturday morning show called "The Little Donnie Show." Later, when the family moved to Knoxville, Tennessee, live radio was on the way out. So the family act left show business. Dad got a job in construction and Mom became a beautician.
However, Don wrote a song called "Thou Shalt Not Steal" and sold it to Kitty Wells. Later he and Phil made a demo tape. At the end of the session they told the studio owner they were broke and couldn't pay for the tape. When they left the studio they saw that their car had been towed. They had to go back in and ask the studio owner if they could borrow money to get their car out of impound.
The took their tape to many record companies but most of them turned them down. Columbia Records did like it and signed them to record four songs. One of them was "The Sun Keeps Shining" and it was released as their first single. It didn't sell as well as Columbia hoped.
A friend of their Dad's, Chet Atkins, introduced them to publisher Wesley Rose. He signed them to a contract. When Columbia didn't renew them Mr. Rose got Archie Bleyer to hear their demo tape. Mr. Bleyer had heard it before and turned them down. This time he was looking for a new country group for his Cadence label. After hearing the tape again he knew the Everly Brothers was the group to sign.
He had a song that was written by Felice Bryant and Boudleaux Bryant but everyone turned it down. He offered Don and Phil $64 each to record it. So they recorded "Bye Bye Love." They went on tour in the South. When they came back the song had reached #2 on the national charts. The next song they recorded was "Wake Up Little Susie." Many stations banned the song from their airwaves. Why? The times were more tame in broadcasting back then. It was thought that the lyrics were "suggesting" that Susie and her date had slept together. The song went to the top of the charts anyway and became the first #1 single for the soon to be legends in music.

If you click on the title above it will take you to the Everly Brothers Fan Club-The Beehive.
Posted by Rick L. Phillips at 12:01 AM No comments:

I recently came across this MAD magazine send up of the old 1960's series the Fugitive. I loved it and wanted to share it with my readers for a special occasion. However, I couldn't find one. I thought perhaps It would soon be the anniversary of the first episode. I looked and found I missed it by a few weeks. That happened on September 17, 1963. I already knew I was too late for the last episode where he caught the one armed man. It aired on August 29,1967. Perhaps one of the stars was born today. No such luck David Janssen was born March 27,1931 and Barry Morse was born June 10, 1918. Even series creator Roy Huggins was born July 18, 1914. Finally I thought I would just share it to be nice and have some fun. I hope you have fun reading The Phewgitive. 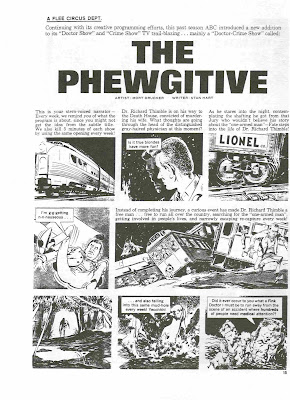 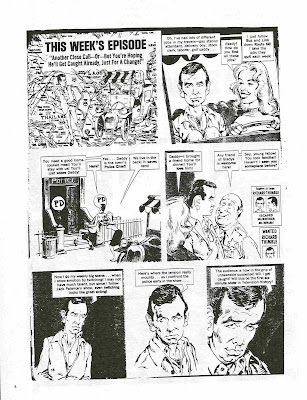 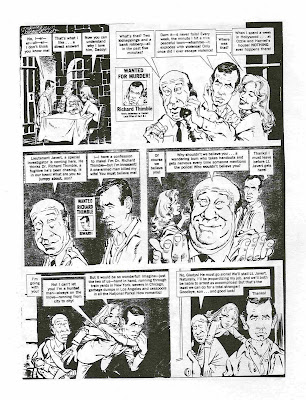 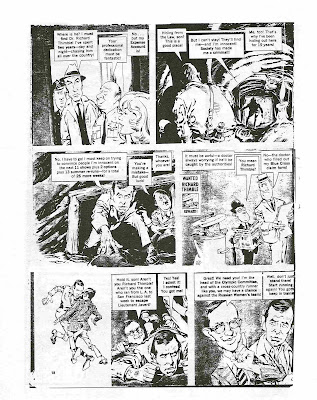 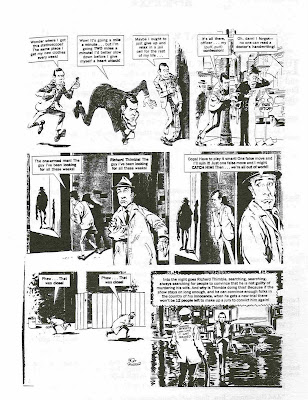