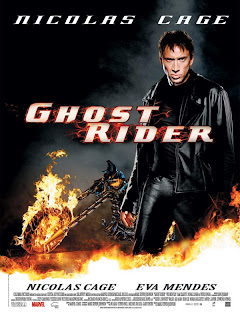 Recently Gary Friedrich sued Marvel for using Ghost Rider in a movie saying he owned the rights to him since 2001. While I can’t comment on the specifics of this case it did make me think about creator rights. Now in the comic book industry the battle for creator rights started heating up in the late 1970’s and early 1980’s. I don’t want to discuss the history of this. You can find that anywhere on the internet as well as what I do want to talk about. I want to talk about the injustices that have been done to creators since then. Sure when the battle for their rights had ended many old time artist got their original art back and some of them got credit on the books of the characters they created as well as some cash back that was long over due. There were even companies that started publishing books that were creator friendly who let them keep their rights from the first issue. How many of those companies are still around today? There are a few when the dust finally cleared but not as many as there was when it started. The ones that are still around are owned out right or in part by the major companies. But, as Peter David would say, I digress. It seems to me that I am always hearing that the major companies are always using legal maneuvers to dodge paying the creator the money that is owed to him. I don’t know if this is the case with Mr. Friedrich but it may be and it has happened before. From Siegel and Shuster’s Superman to Steve Gerber’s Howard the Duck to Tony Isabella’s Black Lightning being replaced by Black Vulcan in the Superfriends and up to today. Another example is Marv Wolfman who actually created Nova as a fan in an early fanzine. When he brought it to Marvel he made a few changes and that was where he made his mistake. While in my mind and the minds of many comic book fans he is the true and sole creator of Nova and should have all the rights. However, the legal system said that there were enough changes that it was now considered a new character and considered a work for hire so that all rights to the character belong to Marvel Comics. Even the late and great Archie comics artist, Dan DeCarlo, was suing Archie for his creator rights on Josie and the Pussycats before he passed away. They had just made a movie out of the characters and Mr. DeCarlo said he created them on his own. He was on a cruise with his wife, Josie DeCarlo, and she put on a cat outfit that inspired him to create Josie and the Pussycats. He was still employed by Archie at the time but when he sued them as the movie went into production Archie comics fired the man after 4 decades of faithful service to them. Now from a business standpoint I understand how you would not want to keep an employee who is suing you but it isn’t a nice thing to do. You could work it all out if you would just communicate. Don’t slam the door in their face. Better yet the company should just pay the creator for their creations. Many of them have been loyal and faithful to the company for years and want to continue the relationship. If you pay them it is a win/win situation. The company makes money and so does the creator. The best part of all is that the company can avoid bad publicity nasty lawsuits that will cost them just as much or more to defend then if they paid the creators. Anyway that is my two cents on the situation.
Posted by Rick L. Phillips at 3:01 AM No comments:

Here are some tribute cartoons to Johnny Hart that I saw on Creators Syndicate and one from Church Mice. I hope they don't mind that I borrowed them for my readers to view. According to Creators Syndicate his strips BC and Wizard of ID will continue. The Hart family will pick their favorite BC strips to be published in tribute. The top strip was drawn by Johnny Hart's grandson.
Posted by Rick L. Phillips at 7:17 AM No comments: 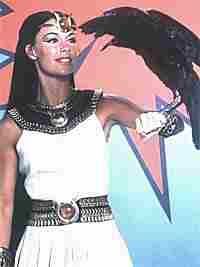 This just in. It looks like The Secret of Isis the Complete Series will be released on DVD July 24, 2007. Not much more info then that but I thgought you would like to know.
Posted by Rick L. Phillips at 7:02 AM No comments:

In Justice League of America #173 the JLA asked Black Lightning to join their team and he turned them down. In looking back on that issue the two panels above show BL talking to Inspector Henderson of the Metropolis Police Department. In those two panels they discuss the vigilante law that may go into effect. Black Lightning isn't worried because that would stop Superman as well and he knows Metropolis won't let that happen. In a way this DC comic from 1979 sees into the future what would happen at Marvel with their Civil War Mini-series. Having the heros register and unmasking was a way to curb their vigilante ways. It was just what I thought of when I recently read this book.
Posted by Rick L. Phillips at 9:30 AM No comments: 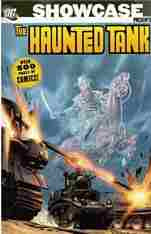 I have just read Showcase Presents the Haunted Tank. It was a fun read as I never read the Haunted Tank while growing up so all the stories were new to me. However, there are a few problems with this series. First I don't understand why a military genius like Col. Jeb Stuart was chosen by the writer to be the focal point of the series. He was a leader in the South in the Civil War and they lost the war. I would have chosen a Northern military leader to guide the tank and its crew. I know the tank commander and the tank itself were named after the Col. and that is why he was guarding them. Still the writer could have changed the name to something like U.S. Grant or another military leader. At the start of the series the says that tank comander Jeb Stuart Smith and his three friends Rick, Slim and Arch grew up together and played on Jeb's farm. I know that there are farms in the North but I and most people I know usually think of the South when farms are mentioned. So for more then half of the book I thought I was reading the war stories of 4 southern boys and a ghost. Suddenly the ghost seems angry that he is guarding 4 northern boys. What gives? I know that writers back then treated comic books as if they were not going to last and be thrown away but when put together there are continuity errors. Don't take this as I didn't like the book. I did and I will buy the second volume. I just noticed these errors and wanted to mention them. The stories were well written otherwise and the art is top notch.
Posted by Rick L. Phillips at 10:20 AM No comments:

I have always been a fan of BC and Wizard of ID by Johnny Hart. I always found them very funny. Espically Wizard of ID. My local papers don't seem to carry Wizard of ID anymore but they continue to carry BC. Many people got to not care too much for them because of Mr. Hart's Christian point of view. Most of the time, from what I have read, Mr. Hart was telling the truth. Like what was in this Easter Sunday strip that you see above that was published this past Sunday. I remember reading an interview with him. According to what Mr. Hart said in the interveiw it was when he was at the peak of his popularity with his two strips that he was invited to partys that many celebrities where attending that he thought he had it all. He was at that time not a practicing Christian. He was having work done on his house by two contarctors and they were listening to a Christian radio station. He heard the sermons and music and after they left he started listening to the station and before long he was a Christian. Anyway Mr. Hart is with his maker now. May he rest in peace.
Posted by Rick L. Phillips at 10:20 PM 1 comment:

Wishing you all a Happy Easter in our risen Lord Jesus Christ. If you would like to read an original story that was written for my other site For God so Loved you can click here. It is a science fiction story mixed in with the events of the Bible. Hope you enjoy it and again Happy Easter to all from On My Mind.
Posted by Rick L. Phillips at 3:01 AM No comments: