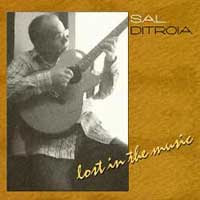 I just found out from a friend of this site Laura that the guitarist Sal DiTroia passed away of a heart attack on June 22, 2007. He worked with many great artist of his day and can be heard on recordings from The Monkees and The Archies to Barbara Streisand and Burt Bacharach. Sal was the lead guitar player on The Monkess hit "I'm A Believer." You can visit his site if you click here.
Posted by Rick L. Phillips at 8:48 AM 1 comment: 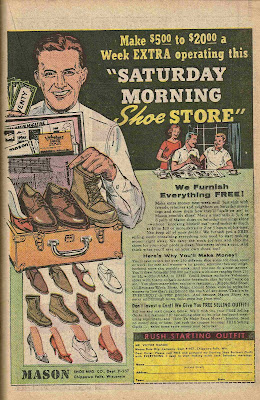 Remember when you would order things from your comic book that you could sell to family and neighbors to make some extra spending money? Things like flower seeds, greeting cards, shoes. Shoes!!!??? Yes that is what this ad from a 1965 issue of the Amazing Spider-man is asking kids to do. Take your Saturday morning, the golden time to watch your cartoons, and sell shoes. Why would you buy your shoes from the kid next door who probably had to learn how to take your measurements and then mail them to a company and then mail him the shoes a few weeks later when you can get them at the store? Plus if something was wrong with the shoes who do you return it to? Well the kid who sold them to you who probably didn't know what do to and got stuck with a whole lot of shoes. Greeting cards and flower seeds I understand but I don't understand selling shoes in comic books.
Posted by Rick L. Phillips at 3:01 AM No comments: 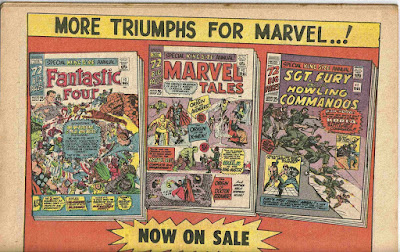 Posted by Rick L. Phillips at 1:15 AM No comments: 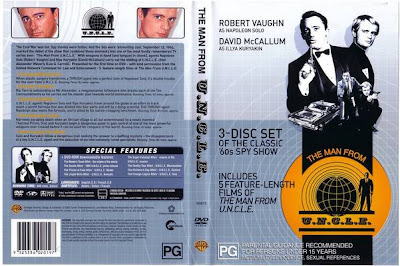 Well Anchor Bay thought they had the rights to the Man from UNCLE but they didn't. Now Time Life does and they are releasing it the way they did there award winning Get Smart collection. It is to be every season in one boxed set and will only be available on line at Time Life and throught TV commercials. Later in the fall of 2008 it will be released through retail. Robert Vaughn, David McCallum, Richard Donner, Joseph Sargent and others are contributing to the extras. Mr. McCallum has even donated some of his home movies that he shot behind the scenes from the series. I hope they also include the made for TV reunion movie. The above cover is not what is to be used on the set. I just saw it at this site and had to show it. You will have to wait to get the DVD set from Time Life as it isn't on their site yet. If you want anything else from them you can click on the link at the right.
Posted by Rick L. Phillips at 9:00 AM 2 comments:

One More Day of What? 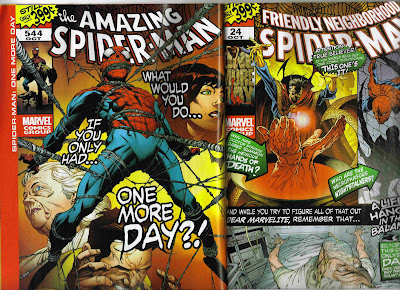 Ok Marvel I have had it up to here with what you are doing to one of the greatest superheros ever created. I am of course talking about Spider-Man. For the few who have not heard Marvel is coming out with a Spider-Man story line called One More Day. It seems that they don't want Peter to have a public identity or to be married and Aunt May will be well again. The only good thing to come out of this is that Aunt May will be well again. However, it wasn't that long ago that Peter and MJ got back together and more recently they had him go public with who he really was. Why the sudden change? I think the people who run Marvel are addicted to controversy but that is another story. I was looking forward to stories that showed how he now had to live with everyone knowing who he was. Suddenly Marvel changed its mind and now some cosmic force will have Peter and MJ single and no one knows who he is.
Years ago they killed off Aunt May. But NO! That was someone hired to act like her and spy on Peter. Then they killed his wife. But NO! She was still alive but wanted to be seperated for awhile then they got back together. Now for the good of the country and the world he revealed he was really Peter Parker. But NO! Now cosmic forces will now say that didn't happen and he isn't married. MARVEL COMICS MAKE UP YOUR MINDS!!!!! Why would Spidey want one more day with you? Does he want one more day of his life being treated like a yo-yo?
Posted by Rick L. Phillips at 3:01 AM No comments:

DC In House Ad for Batman and the Outsiders from 1983

Here is a DC in house ad for Batman and the Outsiders from 1983.
Posted by Rick L. Phillips at 3:01 AM No comments:

We Want a Black Lightning TPB!

Our good friend and Black Lightning's Dad, Tony Isabella, sent me an e-mail to tell me of this site where his friend Alex Ness mentions that DC should put out two volumes of Black Lightning's adventures in trade paperback. I mentioned it once here on this site so you know I completely agree. Maybe we can help get something started in that direction. Perhaps we can do a letter campaign to DC Comics like Rob at Aquaman Shrine has done.
Posted by Rick L. Phillips at 3:01 AM No comments: 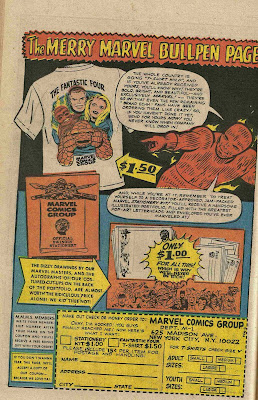 Another Marvel in house ad from 1965. Wish I would hove bought those back then. You won't find any Marvel T-shirts for $1.50 anymore.