Here is an ad I got in the mail of more affordable comic cons to attend if you are in the area. So far I won't be but who knows.
Posted by Rick L. Phillips at 12:01 AM No comments: 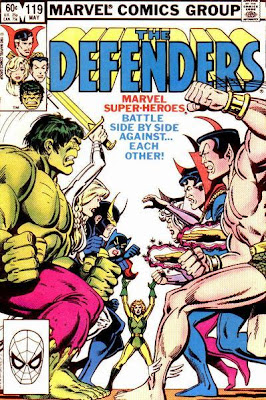 Before you see the Hulk's new movie you need to go this new site. It is called The Defenders Fansite and it is about the comic book supergroup that the Hulk was one of its core members. Yes he was a founding member of the Avengers and will most likely be in the movie of that team. However, he soon quit the Avengers and years later helped to found the Defenders. He was on a more friendly basis with them so he stayed for quite awhile.
Posted by Rick L. Phillips at 12:01 AM No comments:

For those of you who liked the movies Flywheel and Facing the Giants here is the movie Fireproof from Sherwood Pictures. It stars Kirk Cameron. You can view the trailer below. 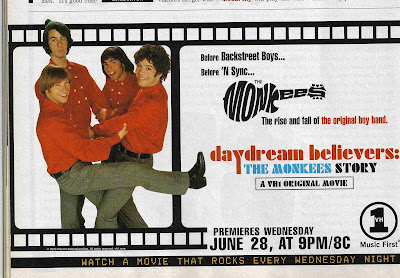 It seems that not much time can go by without me finding or thinking of something to post about the Monkees. I was reading an old magazine from Entertainment Weekly from 2000 and I saw this ad for the VH1 movie about them. The pose is from the cover of their Headquarters Album but the real Monkees weren't dressed that way. Thought you would like to see this if like me you missed it before.
Posted by Rick L. Phillips at 12:02 AM No comments: