This Day In Music History: The Chipmunks and David Seville 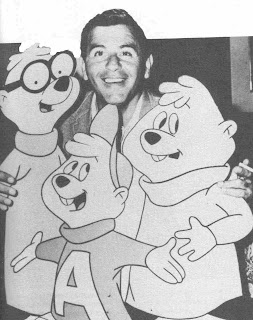 I have been trying to do the #1 songs on Billboard in order but for this Christmas I was looking for Christmas song that was #1 on the charts. While Christmas songs have charted well in the past this time of year nothing by Sinatra, Crosby or anyone ever had a #1 song on Billboard. However the #1 song on the charts for this day in music history, December 22, 1958, made me want to skip for the 2nd time in a month. The #1 song that day was "The Chipmunk Song" by the Chipmunks and David Seville. David Seville was really Ross Bagdasarian the brains behind the Chipmunks who wrote and produced the song. It started its run at #1 today for 4 straight weeks. Ross had a #1 song earlier in 1958 with the Witch Doctor. The speeded up voices on Witch Doctor had no name or identity on the song. It was after it was a hit that Ross had the idea for the Chipmunks.
The names of the chipmunks came from the names of executives at Liberty Records where he was under contract. Alvin was for Al Bennett who was president of the company. Simon was named after Al's partner Si Waronker and Theodore was named after Ted Keep the recording engineer.
The personality for Alvin was based on Ross' son Adam. Adam was always asking if it was Christmas yet starting in September. He figured if he was then other children probably were too.
The song went through three versions before the family approved. At one time it was titled "In A Village Park." The third version was the charm. In three weeks the song sold over 2,500,000 copies. It was the fastest selling song of 1958 and won three Grammy awards. They were Best Recording for Children, Best Comedy Performance and Best Engineered Record. 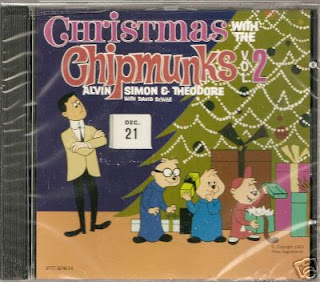 Ross and the Chipmunks were on a roll. In 1959 their song "Alvin's Harmonica" peaked at #3. In the fall of 1961 their own TV show called "The Alvin Show" premiered on CBS.
It only ran for 1 season but the repeats ran for 3 years on Saturday morning when the started it in June of 1962. In 1964 they release an album called The Chipmunks Sing the Beatles after Ross saw them on the Ed Sullivan show. In 1967 Ross retired the Chipmunks. He wanted to be known as serious songwriter again and not known for his novelty material.
Saddly Ross died of a heart attack in 1972. This major set back didn't stop the return of the Chipmunks. In 1980 a radio DJ accidentally played the Blondie song "Call Me" in a faster speed. When the song ended he realized his mistake and joked that it was the Chipmunks version. People took him seriously and began requesting the Chipmunks version. Soon Ross Bagdasarian Jr. and his wife Janice recorded a new Chipmunk album and called it Chipmunk Punk. Ross was the voice of Alvin, Simon and David Seville and Janice was Theodore. A follow up album was called Urban Chipmunk during the Urban Cowboy era of movies and music. The Chipmunks were on a role again with a series of live shows and a new Saturday morning show on NBC television in 1983. 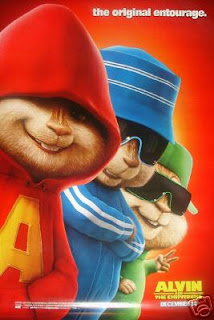 Now they are trying for another comeback with a new movie that just came out with Jason Lee. Will a sequel a new album or cartoon series follow? Don't be surprised if all of them are released and meet with a lot of success.
Would Ross Sr. be happy with his creations continuing into the 21st century after he retired them in 1967? I think he would. I also think he would be just as happy to know that movie fans can see him play a serious musician in the Hitchcock film Rear Window. If you ever see the film you will notice one of Jimmy Stewart's neighbors is a musician and always playing the piano near his apartment window. That actor is Ross Bagdasarian Sr. As Paul Harvey would say, now you know the rest of the story.
Posted by Rick L. Phillips at 3:01 AM No comments: 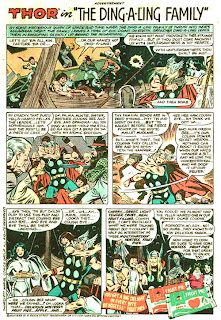 It looks like Thor took on Ma Barker and her boys. I can't think of a more stupid enemy. Especially for someone like Thor. This was even dumb for a Hostess Ad.
Posted by Rick L. Phillips at 3:00 AM No comments: 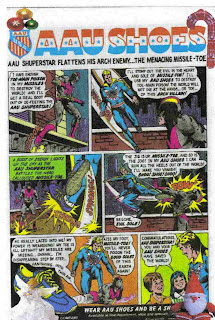 I know some people hate this old ad but I loved it with the play on words. The bad guy is called Missile-Toe and he shoots the missiles from his boots. That is so cool, corny and funny at the same time. Since Christmas missile-toe is a holiday tradition I have posted this ad today along with some Christmas decorations in the four corners. Merry Christmas.
Posted by Rick L. Phillips at 3:01 AM No comments:

Many toys of yesteryear have been with us for decades in one form or another. Others left the stage not long after the came on the scene and have not been heard from since. While other toys seem to be making a come back. Here is a commercial for Battling Tops that seems to be on the comeback route. I loved this when I was a kid and I see it selling out on the internet and selling in some stores for a lower price then the internet sites. Ok Yes I did ask my wife to try and get it for me for Christmas. Here is the Clio award winning commercial.

Vote to tell who is your favorite movie Santa Claus. While I have liked all of them and they have all played the part well, one was even an Oscar winner in the role, the best one to me is David Huddleston. I am casting my vote for him. 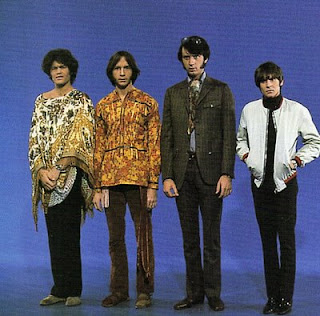 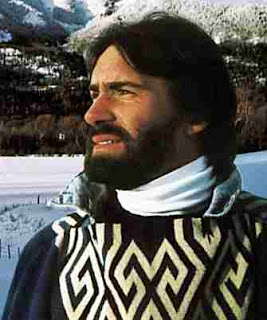 I just heard the news that Dan Fogelberg has passed away after his battle with cancer on December 16th. Until now I had believed that Mr. Fogelberg was from my home state of Kentucky. Partly because someone told me this years ago and the rest was based on his song "Run For the Roses" which was about the Kentucky Derby. Now I have found out that he was born August 13 1951 in Peoria, Illinois. In an interview that I just read on line he said that he was hired by the Kentucky Derby to write the song "Run For the Roses." No matter where he was from I liked his music.
I always associate the music of Dan Fogelberg with my days in college. It was in late 1979 or early 1980 when I first heard of him. Two songs of his were bigs hits from his Phoenix album. They were "Longer", which is one of the most beautiful love songs ever written, and "Heart Hotel." I remember hearing the song "Heart Hotel" on the radio all the time. There was a phrase that I never quite understood in the song. It was while listening to it on the radio as I was driving home from my part-time job that I decided to make up my own lyric that, to me, sounded like what he was singing. The line as I sang it was "echoes of promises kept." Later, I was talking to my cousin Steve on the phone. He liked the song as much as I did and I asked him what he was saying at that part. He told me the real lyric was "Nobody living inside." When I told him I heard it as "echoes of promises kept" he liked it and asked if he might use the phrase sometime in something he wrote. I of course said it was ok with me.
For four years I kept hearing the songs of Dan Fogelberg coming from my radio. Like the "Power of Gold" from his album Twin Sons of Different Mothers with Tim Weisberg which was the only hit off of that album. That song came out around the time that John Stewart had a hit with "Gold" and I wondered if they had planned it as an answer to each others song. It is around this time of year that radio stations play his hit "Same Old Lang Syne." It will be even more sad to hear it this year with his passing. I once read that the song was based on a true story of his accidental meeting with an old girlfriend. "Leader Of The Band" is a song that he wrote about his Father. From what I have read his Father got a lot of attention and interviews from the media about this and Dan was a little surprise that the song became a hit. Two more hits of his that I loved to hear were "Make Love Stay" and "Part of the Plan." With all of this success in music it is sad to note that he never had a #1 hit on the Billboard charts. Why that is I don't know. I can't even tell you why the only album I ever bought was his greatest hits album. I had hopes for a second volume but that never came to pass. While he and his music will be missed, I don't think the industry ever fully appreciated his music or his talent. He was one of the few who successfully blended folk, country, pop and jazz to have a long career in music. I have heard that in his battle with cancer his strength, dignity and grace inspired all who knew him. Rest in Peace Dan Fogelberg.
Posted by Rick L. Phillips at 8:48 AM No comments:

Raging mad to bite her, there the wolf did steal,
But our God almighty defended her with zeal.
Pure he wished to keep her so she could never sin,
That first sin of man never touched the virgin sainted.

He who's now begotten is our mighty monarch,
Christ, our holy father, in human flesh embodied.
He has brought atonement by being born so humble,
Though he is immortal, as mortal was created.

River, roaring river...
Posted by Rick L. Phillips at 7:43 AM No comments: