Now this new Fall show for NBC may only appeal to people who worked in a call center but if you ever tried to order something by phone you may like it too. It's title is called Outsourced. I am so sick of these one camera shows that I can't believe I am planning on watching this. Believe me that is a compliment.

Posted by Rick L. Phillips at 6:05 AM No comments: 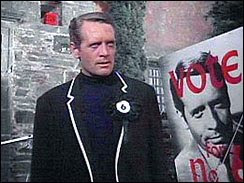 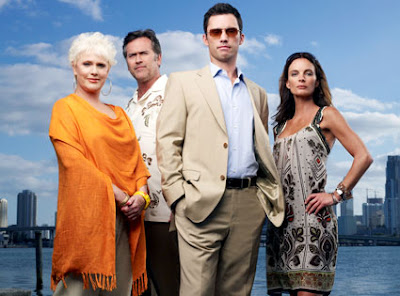 When the new version of the Prisoner started this past fall I was happy. I kept hearing that they would do a movie version or a new TV series for years and it was finally here. Then when I watched it I was bored to death. I recently saw an ad for the USA show Burn Notice. I suddenly realized that the world didn't need a nother Prisoner. With Burn Notice we already had one. Lets compare the two.
The Prisoner:
1. Secret Agent quits the agency.
2. He is kidnaped and taken to a town in a tropical paradise.
3. He doesn't know who took him there.
4. He helps citizens of the village while he tries to find out who took him and why.

Burn Notice:
1. A spy is fired (given his burn notice) from the agency.
2. he is dumped in the tropical setting of Miami.
3. He doesn't know who burned him or why.
4. He helps people in Miami while he tries to find out who burned him and why.

See they do have a lot in common. The original Prisoner was more of a thinking mans action show. Burn Notice is more flat out action/adventure but it has some elements that keep the mind thinking. Burn Notice is really the Prisoner for the 21st century.
Posted by Rick L. Phillips at 5:33 PM No comments: