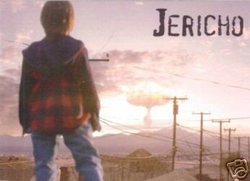 At the time I am writing this the new CBS TV show Jericho starring Skeet Ulrich and Gerald McRaney has just come on with its first episode. The show is about a small town that finds itself cut off from the outside world when a nuclear bomb explodes. Skeet is the prodigal son who comes back home just for a visit and to get the inheritance his Grandfather left him. However, there is some bad blood between him and his Dad, who happens to be the town Mayor. So I doubt he will get his inheritance. With the bomb going off it won’t do him much good anyway. With them not knowing if they are the last people left on the planet or not they now will have to face the problems they have in their little town. After all there is no place for them to run.
The reason I am writing about this show is that 40 years ago on September 15, 1966 CBS aired another TV series called Jericho. It is very coincidental I think that 40 years apart there are 2 shows with the same name that aired on the same network and they really have nothing to do with each other.
The one from 1966 was a war time drama. It starred Don Francks, Marino Mase and John Leyton. They were three Allied agents during World War II. They went undercover behind enemy lines and took on saboteurs, espionage agents and did intelligence gathering.
The first Jericho didn’t last long. It was canceled and aired its last episode on January 19, 1967. I don’t think this one will do much better. While this first episode looks pretty good it seems like it makes a better made for TV movie then it does a series. I could be wrong. The next few months will tell.

Posted by Rick L. Phillips at 8:59 PM No comments:

This old commercial is actually a remake of an even older timex commercial. In the older commercial the Timex was taped to the boat but the the tape broke and the watch was lost in the water. The John Cameron Swayze was the spokesperson and he said that where ever the watch is you know it is still working because Timex takes a licking and keeps on ticking.
Posted by Rick L. Phillips at 5:28 AM No comments:

19 Ways To Maintain A Healthy Level Of Insanity!

Posted by Rick L. Phillips at 5:06 AM No comments:

This Day In Music History: John Waite and Missing You

On September 22 1984, this day in music history, John Waite had the #1 song in the country with “Missing You.” Mr. Waite was from Lancaster, England and was born on July 4, 1955. He had been performing in rock and jazz bands since he was 14 years old. In 1976 he was a founding member of the group The Babys. Their manager didn’t waste any time in getting them attention in the United States. To get attention for the group he had them do something unusual for the 1970’s. He had them make a video. It helped them get a deal with Chrysalis Records. Their first song was “Isn’t It Time” and it went to #13 in 1977. After three albums the group broke up. Mr. Waite went solo. His first single from his first album was called “Change.” While the video was popular it didn’t sell many records. His second album was called “No Brakes” and “Missing You” was the single that was released from the album. The video was given heavy rotation on MTV. Another way they used to sell the song was when Mr. Waite guest starred on three episodes of the prime time soap opera “Paper Dolls.” He sang parts of the song on each episode. He wanted to use parts of the film “Privilege” into his stage act for the TV show but the ABC network felt that parts of it were inappropriate.
The song was about a lot of personal feelings that Mr. Waite had about some issues that were going on in his life. He really wanted to keep them to himself but it all came out when he wrote the song. He said that when the song went to #1 it really changed his life. It gave him a different view of himself, the lady in his life and of other people who he wrote about in the song. Mr. Waite said “I was so proud of myself and the people that were involved in that song when it got to number one because it was so unselfconsciously put together and so honestly written.” He said “I’ve always found it very hard to take a compliment. But I don’t say no, I’m not very good anymore. I say thank you. Because I was #1 and I think that really helps me now to consider myself in some ways worthy of success and worthy of being an artist, and maybe worthwhile.”

Posted by Rick L. Phillips at 4:39 AM No comments:

I saw this on Bedazzled about Boyce and Hart. A short item giving links to items about the duo. They were friends on the east coast. Boyce moved to the west coast to begin his music career. Hart followed not too long after. They wrote songs together and seperately but their biggest success was together. After numerous hits for others they decided to start their own preforming careers. They never reached #1 on the charts as preformers but they did have a few top 40 hits. Their biggest hits were "I Wonder What She's Doing Tonight" and "I'm Gonna Blow You A Kiss In The Wind." The latter I remember seeing the preform on Bewitched. They also appeared on I Dream of Jeannie. In the 70's they joined half of the Monkees to form Dolenz, Jones, Boyce and Hart. Later Tommy Boyce died a tragic death. There are many books written about the Monkees but I think someone needs to write one on Boyce and Hart.

Posted by Rick L. Phillips at 6:24 AM No comments:

This is a warning to all credit card holders. I got a call tonight from someone saying that they were calling from my credit card company offering me something that would lower my interest rate and stop any late fees if I was late with a payment. They just wanted to verify my name and address. I asked them why I was getting this call. Suddenly they hung up. I thought that was rude and I called my credit card customer service to make sure that I was not going to get the offer they had called me about. The customer service rep said they did not call me. If they had he would have seen it on my account on his computer instanly. He said that it was probably someone calling to get my credit card information. He said that it was good that I asked them a question. It let them know that they weren't going to get information out of me and their scam had been discovered. He said if that happens again I should tell them I don't talk about my finances on the phone and to ask them for thier phone # so I can call them back later. I thought that everyone should know this in case you ever get a call like this.
Posted by Rick L. Phillips at 9:23 PM No comments:

For those readers who would like to read my articles on My Space.com you can go here to
Find me on MySpace and be my friend!
However you may not see everything on myspace.com as that is only an addition to this page where all my blogs will appear. Just an FYI.
Posted by Rick L. Phillips at 11:19 PM No comments: 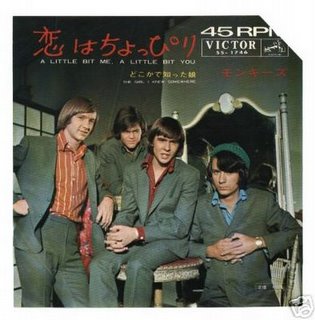 Are You Equiped For The Battle?

Soldiers are trained to keep their equipment in battle-ready condition, Weapons are cleaned and oiled, communications equipment is checked and double-checked, and helmets are kept in place in case of sudden attack. If we prepare so diligently to face a human enemy, Paul says, how much more ought we to prepare for battle against our spiritual enemy? Satan will attack, he says, and only the believer who is grounded in the truth of God's Word will recognize his lies. Only a personal acceptance by faith of God's love can protect our hearts from Satan's fiery temptations. Only a sure knowledge of salvation protects our minds from doubt. And only the Word of God and power of Jesus Christ can cause Satan to flee in terror. Are you fully prepared for battle?

Posted by Rick L. Phillips at 5:51 AM No comments: 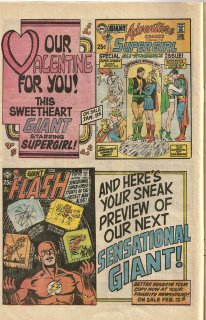 Posted by Rick L. Phillips at 5:26 AM No comments: