I wish everyone who comes to this site a Happy and Safe 4th of July. Here are two videos I hope you enjoy. The first is of the Lee Greenwood song "God Bless the USA". The second is what they called in 1976 a Bicentennial Minute. On CBS between 1975 and 1976 after some of their programs they would air them with celebrities narrating them. This one had Jessica Tandy. Most of you may remember her as Miss. Daisy from the movie version of "Driving Miss. Daisy". Have a great holiday.

Posted by Rick L. Phillips at 5:34 AM No comments: 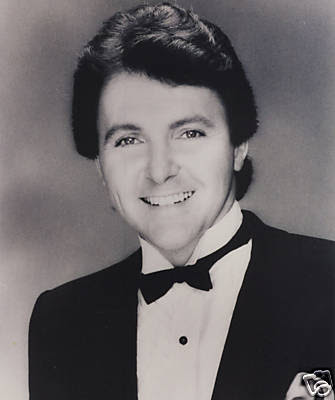 Wow I can't believe we lost another celebirty today. When will the carnage end? Singer/comedian/actor/impressionest Fred Travalena died of cancer yesterday. I learned of this from Mark Evanier's facebook site. You can read more about it on Mark's News From ME site.
I didn't know Mr. Travalena but I enjoyed watching him. Here are some You Tube videos for you to watch. As someone said on Facebook there must be some show going on up in Heaven.

Posted by Rick L. Phillips at 2:04 PM No comments: 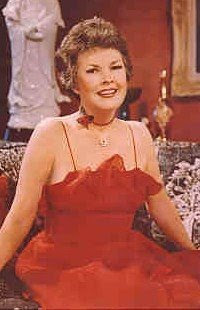 It was late yesterday that I heard that actress/singer Gale Storm passed away on June 27th 2009. She was 87 years old.
While she had made many movies and had two hit TV shows I had never heard of her until the 1980's. That was when my family got cable and late at night the Family Channel, now called ABC Family, aired old TV series from the 1950's. This was how I became introduced to her most famous TV show "My Little Margie." It was a program where she played a young woman named Margie who was always in trouble and her Father had to get her out of that trouble.
Miss Storm was born in Texas in April 1922. She was named Josephine Cottle. In high school she was a member of the drama club. At the urging of her teachers she entered a local contest and won. The prize was to go to the finals in Hollywood. It was on New Years Day that she won in the woman's division and given the stage name of Gale Storm. The winnner for the men was actor Lee Bonnell from Indiana. The two fell in love and were married two years later. They remained married till his death in 1987. Together they had 4 children.
From 1940 to 1952 she co-starred in many films. However, her greatest film was still ahead. In 1952 she was cast as Margie in the the sit-com My Little Margie. It was suppose to be the summer replacement for I Love Lucy. It was a huge hit and ran on CBS and NBC from 1952-1955. When it left the air she was cast in another show called The Gale Storm Show. It was also known as Oh Susanna . She played Susanna the Cruise Director on a ship. Roy Roberts played the Captain and Zasu Pitts was her friend. It was about their funny adventures on the ship. They had famous guest stars like Boris Karloff, Lorne Greene, Pat Boone etc. It sounds like it was an early sit-com version of The Love Boat. Even though the show was a success and ran from 1956 -1960 Gale was always known more for her role from My Little Margie.
Even her recording career didn't eclipse her Margie fame. In fact her recording career got its start from Margie. She made a guest apperance on a show and sang a song. The President of DOT records heard her and offered her a contract. Over the years she had many hits for the company. Her biggest hits were I Hear You Knocking, which reached #2 on the Billboard charts, and Dark Moon, which reached #4 on Billboard. You can see the picture sleeves to them bothe below. 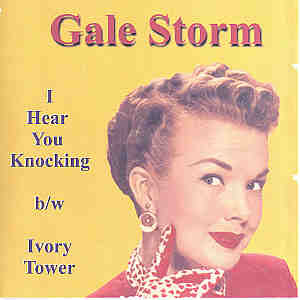 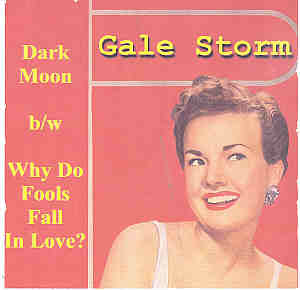 After her shows were cancelled she took to the stage and headlined many plays. In the 1970's she took a down turn when she became an alcoholic. Her husband stood by her as she tried to recover. Gale said in an interview that turning her recovery she became a Christian and if she had her life to live again she still would become an alcoholic since it helped her become a Christian. She was still under contract for recording and release a Gospel album of hymns. The cover you can see below. 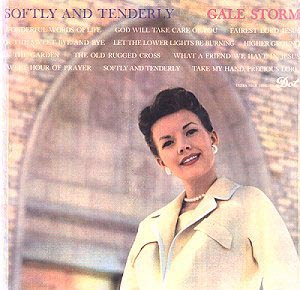 Over all Gale Storm led a very full life. She leaves behind her four children eight grandchildren and three great-grandchildren. Rest in peace Gale Storm. You can go to her official site if you click here.

Posted by Rick L. Phillips at 7:41 AM No comments:

From the Dell comic book version of the Monkess comes this story. It is the only one in the comic book series that featured the Monkeemen. The only difference is that for some reason they call them the SuperMonkees 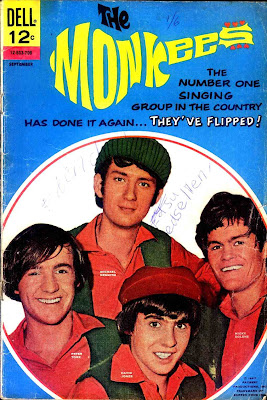 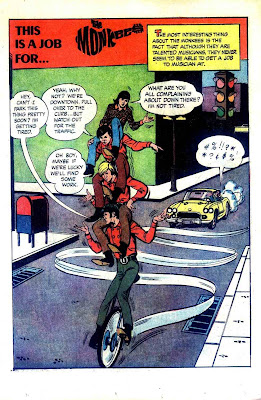 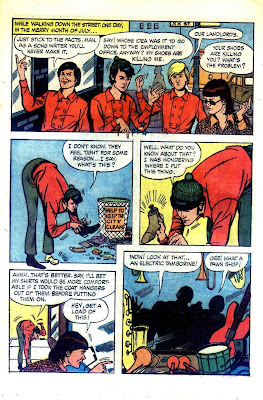 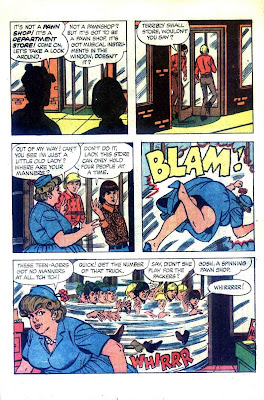 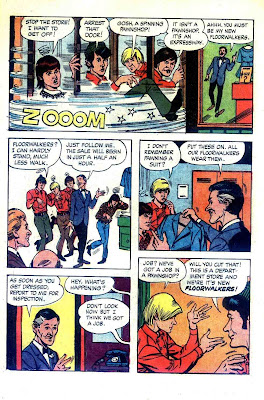 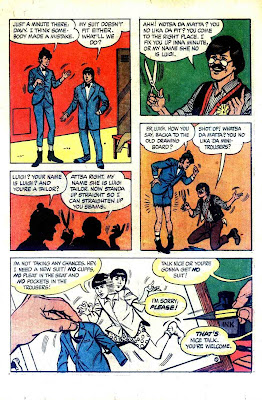 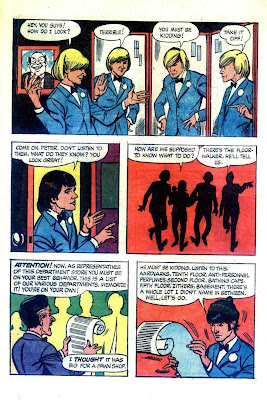 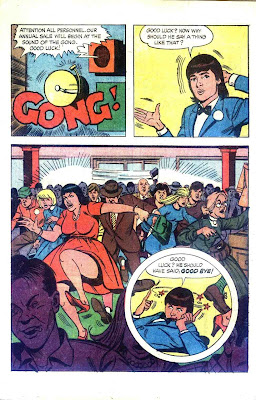 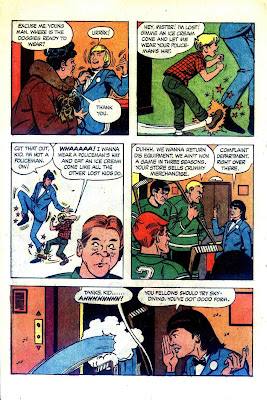 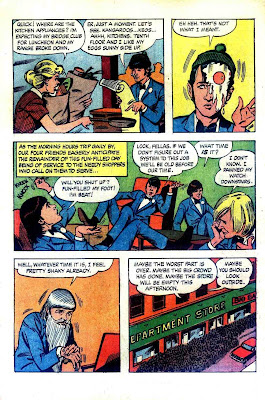 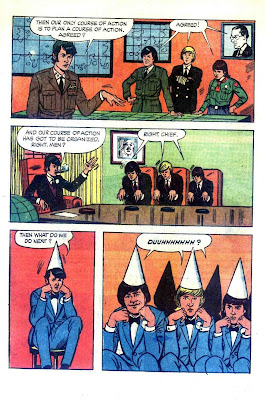 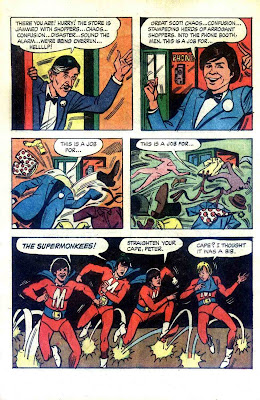 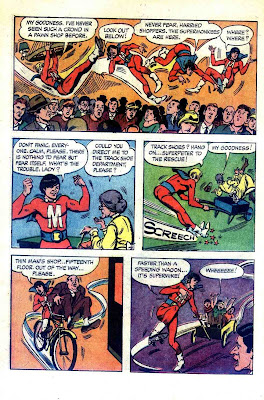 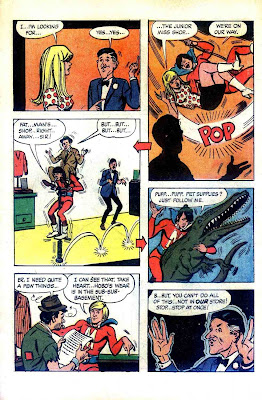 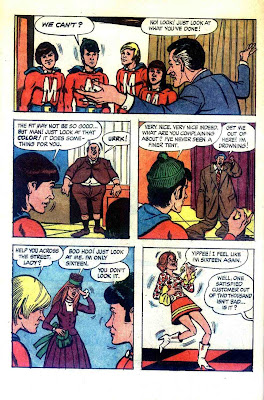 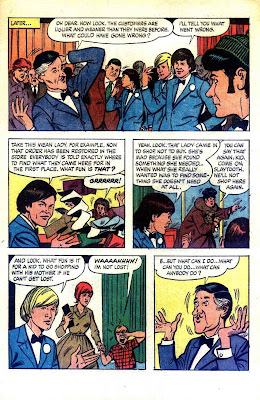 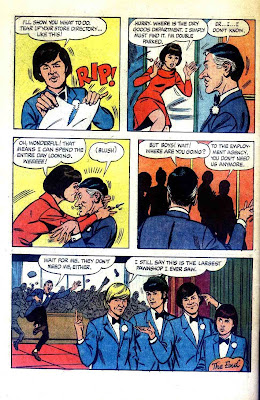