Posted by Rick L. Phillips at 4:34 AM No comments: 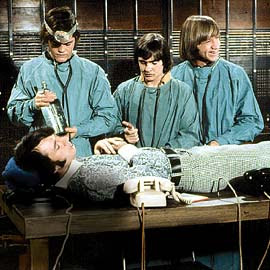 With Valentines day right around the corner have posted a poll to the right. It is to see what are the favorite love songs of the Monkees. If you wish, and I hope you do, please vote on this poll.
Posted by Rick L. Phillips at 5:41 PM No comments:

Video of the Week: Paul and John Sing

Here is an amusing look at Paul and John. 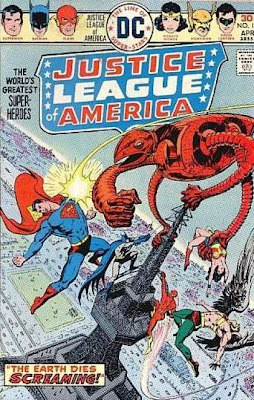 Well I went to Phil's Records today perhaps for the last time. Oh I still like the place but it's just that they are moving. I heard about it a couple of weeks ago but I didn't hear the date. I just stop for one last visit and found out that today was the last day. So I bought a little bit more then I planned on. You see they are moving to an area where I haven't been in about 10 years. So I may never see the store again. Now why am I writing about a record store when the title is called my first comic shop? Well they also sold comic books. They didn't have a huge supply but I could always go there and find something if the regular store didn't have it and that was rare. After I left I thought about the first comic book store that Ifound in my area. My cousin Randy and I saw an ad in the newspaper for Conner's Comics. It was near Industrial Road and both of us had our parents drive us over there to look for the store. My folks must have driven me up and down that road and the side roads at least a dozen times before they gave up hope of finding it. About a week later Randy and I were going down Dixie Highway to the YMCA. We saw a small store across the street that had comic books in the window. We made a promise to each other to stop there on the way back. After a good time of swimming at the Y we headed home and stop there on the way back. It was when I was looking at the books that I saw in the window from the street that I noticed something. It was laying flat so it wasn't viewable from the street. I picked it up with my eyes wide in amazement. I called to Randy and held up what I had just found. It was a wood sign and carved into it was the name of the store. It was Conner's Comics. It seems that it was near Industrial Road when the ad came out but soon moved to this location. We wound up finding the store when we quit looking for it. The store was only at that location for less then a year but I had alot of fun there and learned alot about my hobby. It was the first time I took a comic book to the store to sell to them. It was Justice League of America #129. Like any kid I folded it up and put it in my back pocket and made my way to the store. When I took it out and tried to sell it the counter person told me the crease made it worthless. That was how I learned to keep them in the best condition that I can.
I only saw one person at the store and when Randy and I talk to him he told us he knew nothing about comic books. He only collected baseball cards. When someone had a question about comic books he had to look it up. I was amazed at that revelation. Why hire someone who doesn't know anything about the hobby? Maybe he was the only one who applied. Maybe I will remember more stories related to this subject and share them with you some time later.
Posted by Rick L. Phillips at 12:07 AM 1 comment: