Spider-Man and Hostess in Hot Shot On the Block 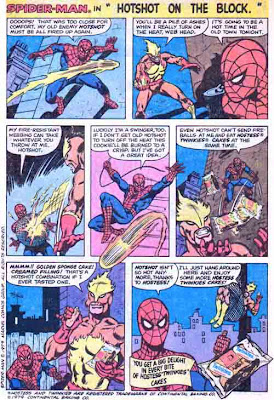 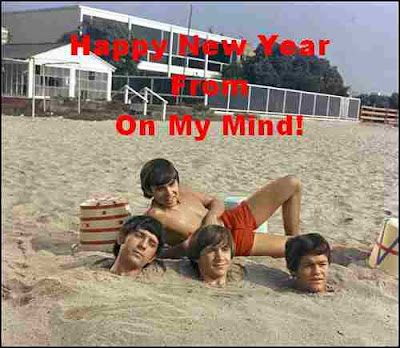 I just wanted to tell everyone who reads this blog to have a Happy New Year. Also I plan on taking the next few days off of blogging. Unless I have important news don't look for anything new here till the weekend.
Posted by Rick L. Phillips at 3:01 AM No comments:

Joe, Curly and Davy Jones at the strips

Speaking of Davy Jones yesterday as it was his birthday, I came across some old comic strips on the net that are from the 1960's where the star was named Davy Jones. Now at first, since I had never seen them before, I thought the name was there way of cashing in on the Monkees fame.

However, in doing some research I found that the strip first started around 1918 and was called Joe's Car. No one named Davy Jones was in the strip then. It was just about a little man named Joe and the problems he had with his car. Later the strip changed it's focus to what Joe did for a living. He was a fight manager and the title became Joe Jinks. This was in 1928 and predated Joe Palooka by 2 years as a comic strip dedicated to boxing.

After awhile a popular second character took over the lead role. He was called Curly Kayoe. He was one of the boxers that Joe managed. With the new name came a new look. It seems that Curly Kayoe was now more of a melodrama then the previous cartoonish style it started out with as Joe's Car.

Curly took over the daily strip and Joe was moved to Sunday only where the focus was on his family life. At times Joe would come back as a secondary character in the daily strip.
In 1961 Curly was fading in popularity as a character but a secondary character, seaman Davy Jones, proved more popular and he took over the strip for the rest of the decade just as Curly did from Joe years before. Now we can see that there was no Monkees influence at the time he took over the strip. Not hard to see why they named a seaman Davy Jones but I am certain the Monkees connection helped a little bit a few years later.

As you can see the style also changed. The art and plots seemed far more dramatic. It looked more like a soap opera comic strip. To my surprise the art chores were handled by Wayne Boring who did the art on Superman for DC Comics for about 10 years. Take a look at Davey's friend Marco in the last panel. Doesn't he look like Superman in disguise?

You can find out more about these comic strips if you click here or here.

Today is Monkees Day here at On My Mind. Why you may ask. Because it is to wish a Happy Birthday to Mike Nesmith who is 65 today and Davy Jones who is 62. Mike you can officially retire today but Davy has to keep working for a few more years.

So before you celebrate the New Year starting tomorrow start a celebration today. Get out your Monkees T-shirts, records, CD's, hats, posters or anything of the Monkees. Celebrate Monkees Day every year.

Here is a video of the Yardly Black Label aftershave commercial they both did for their sit-com in the 60's.