It's Saturday Morning and time for the Saturday morning cartoons. This week it is the Funny Company from 1963. In the computer you will see that they mention a portable computer. An early version of the laptop computer.

Posted by Rick L. Phillips at 6:21 AM No comments:

I am writing this for all my blogs to let my readers know that I have been interviewed about my site Comic Book Letterheads Museum. You can read it at Ephemera where I was interviewed by Marty the owner of that site. Wow! When I started my first blog On My Mind years ago I never thought someone would want to interview me about one of my blogs.
Posted by Rick L. Phillips at 10:43 PM No comments: 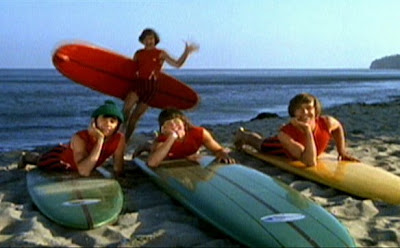 Yes if you go to Smithsonian Channel you can hear Davy Jones from a phone interview tell his thoughts on the program Making the Monkees that was on their channel and the state of show business today.
Posted by Rick L. Phillips at 6:49 AM 1 comment:

Brave and the Bold: Enter the Outsiders 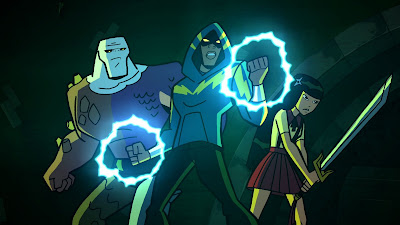 This is the hardest review I have had to write on this series. It is hards because I have loved every episode. Even the Ted Kord-less Blue Beetle one. However, I had mixed feelings regarding this one.

I loved that they teamed up Batman with Wildcat and that he was Batman's boxing instructor when Batman was starting his crimefighting career. I just didn't like how they made Wildcat to look and sound like he was old enough to be his Grandfather. I always thought of Wildcat as being only 10 years older then Batman. Not 30 years older. Still it was thrilling to see Batman do battle with Wildcat at his side.

Next I had a trouble with making the members of the Outsiders so young. Especially my favorite Black Lightning. A Fan site for Black Lightning was one of my earlist sites and I was happy to see him on the show but I was hoping for a team-up with the more adult version. Wildcat had a sly comment when he said "It takes more them some "Static Shock" to take him out." They combined BL and SS to come up with this version to lead the Outsiders.

But if Tony Isabella is reading this we all know that it was BL and I hope they pay you for it since you are his proud Father. Don't get cheated out of money that you should have. 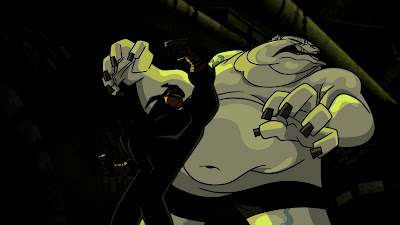 I know I have not read every comic book so the underground Fagin like character of Slug may have appeared in another book. However, to me he looked like the old Black Lightning villain Tobias Whale.

Once I got use to these differences I liked how they ended the show. The Outsiders save the life of Wildcat and he becomes their role model and trainer. If there is a spin-off series I guess it will be called Wildcat and the Outsiders. 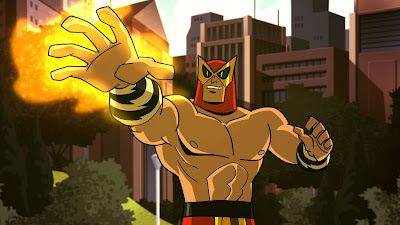 The part I really loved was the mini team-up teaser with B'Wana Beast. I have never read a story with B'Wana Beast but this made him look fun, adventurous and cool. Yes to me he looked cool. I hope B'Wana Beast gets an action figure along with others from this series.
Posted by Rick L. Phillips at 12:01 AM 1 comment: