Get The Monkees into the Rock and Roll Hall of Fame 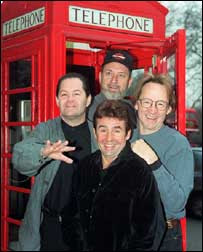 Hey Monkees fans! You can go here to sign a petition to get the Monkees into the Rock and Roll Hall of Fame. I can't help but think that the recent articles from The60sshop@aol.com may have had something to do with this. Sign the petition as I did and we may see the group get the long over due reward they deserve.
Posted by Rick L. Phillips at 7:12 AM No comments:

Rock and Roll Hall of Fame

Want to see why your favorite preformers have not made it into the rock and roll hall of fame. Then send an e-mail to The60sshop@aol.com and subscribe to their newsletter. They are running a series starting on Wednesday on the Hall of Fame scandal on how the votes are counted.
Posted by Rick L. Phillips at 3:20 AM No comments:

This Day in Music History: Bon Jovi and I'll Be There For You 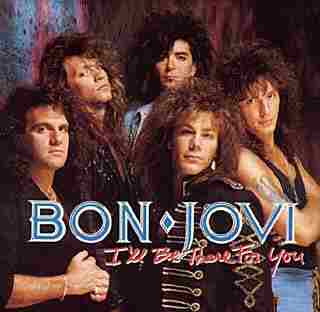 This day in music history the #1 song in the country on May 13, 1989 was I’ll Be There For You by Bon Jovi. It was written by Jon Bon Jovi and Ritchie Sambora and was the groups fourth #1 hit.
It was from the album New Jersey and was produced by Bruce Fairbairn. Fairbairn said he produced it in the same fashion that he did Slippery When Wet. He said that by the time they did the New Jersey album that Jon Bon Jovi had more confidence in his singing. “He knew what he had; he knew when he put his mind to it that he could sing with the best of them, and he really attacked the album with that kind of approach. When a singer goes in with that kind of confidence, you’re definitely going to get good stuff.”
After two more top ten hits with the group Jon took some time off. During that time he wrote and recorded songs for the movie Young Guns II. It gave him a solo #1 hit with Blaze of Glory. With solo success there were rumors that the group may not get back together. However, in December of 1990 they played a charity benefit at the Count Basie Theater in Red Bank, New Jersey for the Monmouth County Arts Council and Holmdel’s Sisters of the Good Shepherd. Later they headlined a concert at the Tokyo Dome in Japan.
In 1991 Jon Bon Jovi was given his own label. The new CEO said that his label was to be a label that would give other musicians the shot they deserved.
Eventually Ritchie Sambora went solo and recorded the album Stranger in This Town. He said that he had troubles when it came to writing the blues. Then he remembered how Robert Johnson described the blues. “I love my baby, my baby don’t love me. That’s the blues. Everybody’s got that no matter what their economic state is.”
Being in the spotlight suited Sambora. He said he had dreamed of it since he was a kid. He knew this could be the beginning of a career beyond Bon Jovi and gave him a new relationship with the listeners.
Bon Jovi himself continues to record. He has also started a very good acting career.
Posted by Rick L. Phillips at 9:03 PM No comments: