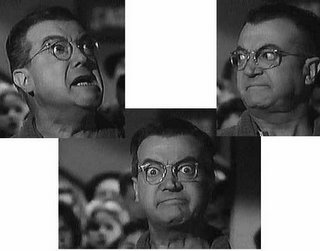 Joseph Kearns was born in Utah but his family moved to California when he was very young. There must have been a fondness in his heart for the state as he graduated from the University of Utah years later. Mr. Kearns was a very versital actor in radio having appeared on Suspense as a regular and on such comedies as Burns and Allen and The Jack Benny Show. On Jack Benny he was the guard who was stationed at Mr. Benny's secret vault. The jokes were that Jack kept him there so long that he was not up on current events. When Jack told him the war was over he was reffering to World War II. Joseph ask him who won? The North or the South?He thought Jack ment the Civil War. He was in many movies such as "The Girl Most Likely",the Jimmy Stewart movie "Anatomy of a Murder" and had an uncredited voice over in another Jimmy Stewart movie. It was as the voice of an Angel in the Christmas favorite "It's A Wonderful Life." During all this time he was not quite famous. Then, as it did for alot of charactor actors, television gave him is most famous role of Mr. Wilson on the show Dennis The Menace. Saddly he passed away too early at the age of 55 in 1962 of a cerebral hemorrhage. This, combined with the star Jay North was getting older, spelled the end for the series. They tried to keep going with Gale Gordon as Mr. Wilson but by 1963 the show was canceled. Gale Gordon went on to "The Lucy Show."
My cousin Steve said that he recently heard a Gildersleeve episode with Willard Waterman as Gildy fighting with Gale Gordon as Rumson Bullard. Joseph Kearns appeared in a guest role. On Dennis the Menace Waterman played Mr. Quigley. Thus bridging the gap between Kearns and Gordon on DENNIS.
The above photo was from this site.

Posted by Rick L. Phillips at 3:15 PM No comments: 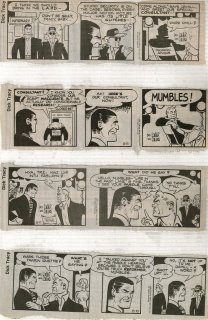 Posted by Rick L. Phillips at 7:20 AM No comments: 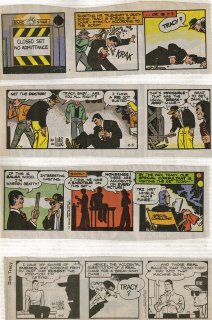 Posted by Rick L. Phillips at 7:17 AM No comments:

My cousin Steve just wrote me to correct me on some errors on my previous post. On My Favorite Husband not My Favorite Wife he was not the husband to Miss Ball but her neighbor on the show. He was also on Life With Lucy. That was the last sit-com for Ms. Ball. I did watch the show but I must have missed that episode. The only guest I remember from that show was Peter Graves. Another one that I really can't believe I missed was when he appeared in the Tom Hanks movie "The Burbs." He was the neighbor that everyone thought was murdered. I have seen that movie at least 3 times. I don't know how I could have forgotten his part in that movie. Do you see that look on his face in the picture? I guess he can't believe I made those errors either. Next time I sing a song about an unsung hero I will try to sing a better tune.

Posted by Rick L. Phillips at 9:35 PM No comments: 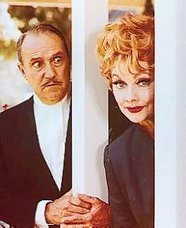 It is springtime and the Old Time Radio convention is comming to Cincinnati, Ohio on April 21st and the 22nd. I don't know if I will be able to attend as I may have work obligaions. However, at this time of year I start thinking of my favorite shows and preformers. One of the unsung heros of radio and television is Gale Gordon. While I know little about his past I am an admirer of hiw work. Like most good charactor actors, I think he would prefer it that way. His biggest boost to his life and career was when he starred on the radio comedy "My Favorite Wife." The show was a prelude to "I Love Lucy" with him as the husband and Lucille Ball as his wife. When Lucy and Desi started "I Love Lucy" he was her first choice to play Fred Mertz. However, another radio show that he was on, "Our Miss Brooks", had transferred to television and he was already obligated to be on that show. So they went with a friend of Desi's William Frawley. The rest is broadcast entertainment history. Later the show Dennis the Menace suffered a loss when Joseph Kearns, another unsung hero of radio and television, died before the end of the 1962 season. Mr. Kearns played Mr. Wilson and while Gale Gordon was very good as Mr. Wilson's borther John who took over as Dennis neighbor, Joseph Kearns was better. He is the Mr. Wilson that Gale, Don Rickles, Walter Matthau and all others aspire to portray. Gale did have one thing going for him that none of them did. He looked more like the character from the newspaper strip. Later in 1963 on "The Lucy Show" and "Here's Lucy" he got the chance that eluded him. The chance to play opposite Lucy Ball on television. He and Lucy were close friends and while the cast may have changed after he joined but no matter who came or went between the two shows Gale was always there. His two characters were basically the same. In one show he was Harrison Carter who tried to help his now widowed Sister-in-Law. In the other he was Mr. Mooney her boss at the bank. In both he was gruff but loveable. I always understood why he put up with her as Harrison Carter. She was family. I never understood why he kept her on when he played her boss Mr. Mooney. He could have fired her after one of her many mistakes.
In 1968 "The Lucy Show" went off the air. Also, in 1968 "Here's Lucy" went on the air. It was basically the same show but the character names were changed and Lucy added her real kids Lucie and Desi Jr. as...what else her kids Kim and Craig. The show eventually went off the air in 1974. While that was not the last heard from any of the Ball/Arnez clan it was the last we heard from Gale Godon for quite awhile. In 1991 Nickelodeon aired a show called "Hi Honey, I'm Home." It answered that age old question What if those family sitcoms of the 50's were real? Ok so no one was asking that question but that is the one that it answered. For some reason they were in hiding from the real world and guest stars from those shows would show up. Gale Gordon was one of those guest stars. If memory serves me correct he was the boss for the man who was the head of the family. Other guest were Al Lewis, Ann B. Davis, Jim Neighbors and others.
Mr. Gordon has passed on but his fans will always remember.
The above photo is from this auction site. You can also go to this fan site. 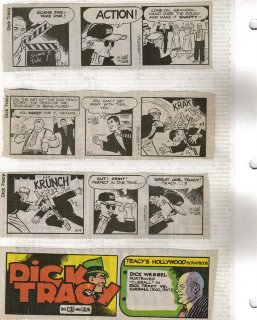 Posted by Rick L. Phillips at 9:48 AM No comments: 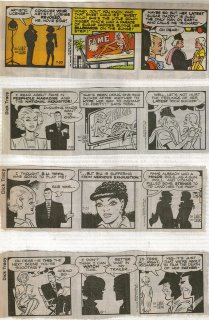 Posted by Rick L. Phillips at 9:43 AM No comments: 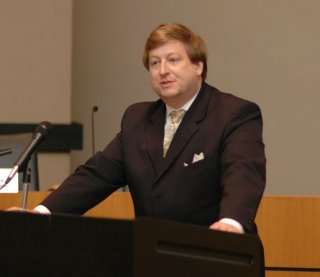 I try to keep this site free of politics. I want it to be just light hearted and entertaining. However, I do want to tell you about my cousin Randy Blankenship. He is running for Kentucky State Representative from the 69th district. He is a good Christian and a family man. If you want to find out more about him you can go to Randy4ky.com by clicking here or click on the title above.
Posted by Rick L. Phillips at 4:07 PM No comments: 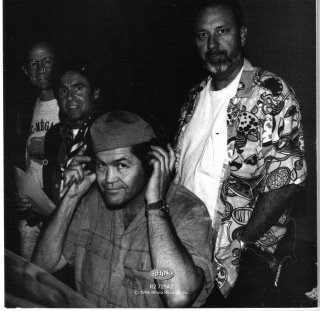 The title above was also the title of the e-mail that I got from the Monkees site. They have news about Davy and Micky. When you check out the schedule for Living In TV Land you may decide to see the ones with Fred Willard and Sherman Hemsley too. Look at all of their guest stars. WOW!

Davy Jones gives an interview where you can ask the questions on this MSNBC
news site. He talks about a number of big projects he has in the works,
including becoming an American Citizen! Check it out - live video on the web
before it is taken down: http://msnbc.com/modules/take3/apr/default.htm?s=4&p=1

Posted by Rick L. Phillips at 6:33 AM No comments: 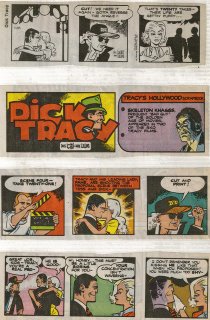 Posted by Rick L. Phillips at 6:16 AM No comments:

Here is a link to Dick Tracy at uComics. You can click on the words at the left or on the title above to go there.

Posted by Rick L. Phillips at 6:11 AM No comments: 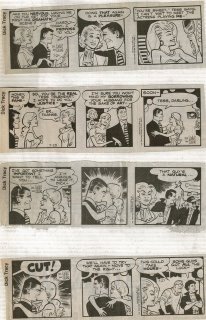 Posted by Rick L. Phillips at 6:00 AM No comments: 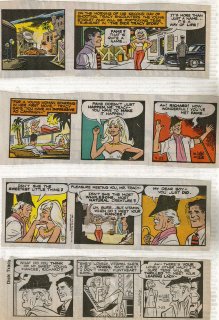 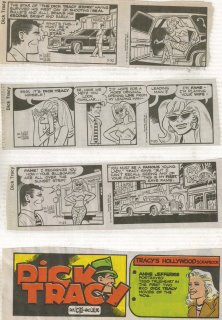 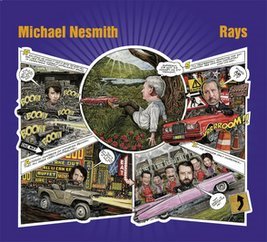 Here is some news from VideoRanch


Michael Nesmith's new album “Rays” is now available and shipping. Click here to check it out. 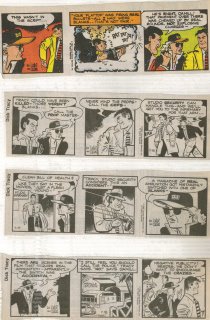 Posted by Rick L. Phillips at 6:55 AM No comments: 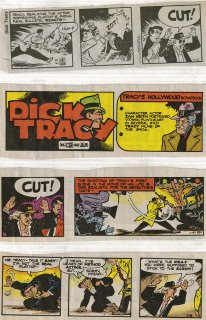 Posted by Rick L. Phillips at 6:53 AM No comments: 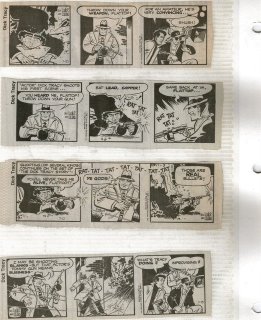 Posted by Rick L. Phillips at 4:13 AM No comments: 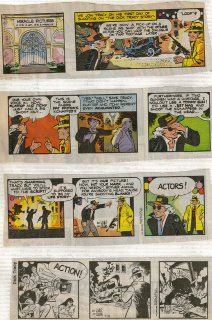 Posted by Rick L. Phillips at 4:10 AM No comments: 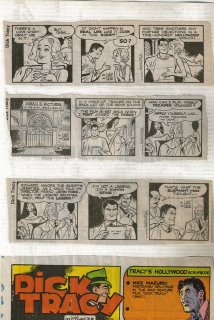 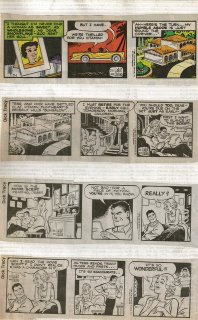 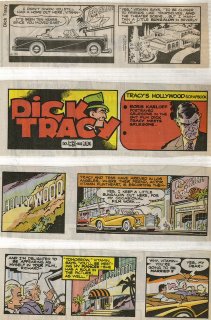 Posted by Rick L. Phillips at 6:02 AM No comments: 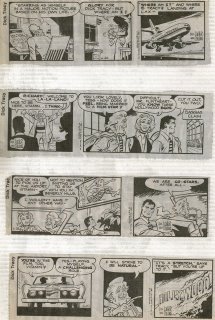 Posted by Rick L. Phillips at 5:54 AM No comments: 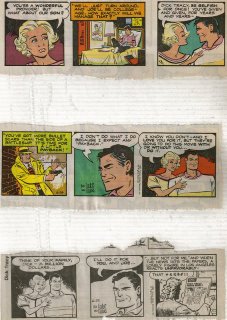 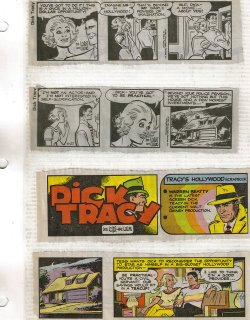