Another Saturday Night and I Ain't Got No Comics 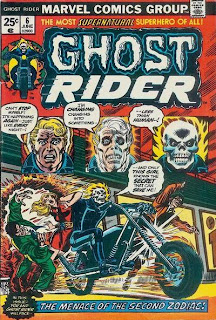 Over at the site Hey Kids! Comics my friend Rob told a story of how his Dad would take him to work on weekends and buy him some tabloid treasury comics so he could read them while he worked. Well I have a similar story.

When I was a boy my Dad worked very hard. Not only did my Dad have a full time job but he also had 2 or 3 part time jobs. One of them, back in 1974, was working weekends as a janitor or cleaning carpets. It was his own business so he would at times take me with him so we could spend time together. I would at times vacuum, wash the windows or when cleaning shag carpet I would rake the carpet after it was shampooed to raise the fibers and make it look neat for the owners.

One Saturday night after I had washed the windows and vacuumed the carpet I had nothing to do. Dad was buffing and waxing the non-carpeted part of the floor. The carpeted part was not shag so I was pretty much done unless Dad needed help with something. Being bored I started doing something that any boy would do when left alone in an office. I started opening drawers. I had no intentions of taking anything I just wanted to see what was inside. Suddenly in the bottom drawer of the desk I saw to my surprise...comic books. These weren't funny animal books either. These were fairly current Marvel Comic books. The one I remember being on top was Ghost Rider #6. I immediately took it out, sat on the floor and started to read it. For some reason I felt like I was doing something wrong but I didn't know why. After all I was only reading a comic book and I was going to put it back as soon as I was done. I was near the end of the story when I heard my Dad calling. I ignored him as I was near the end and wanted to finish and I also was afraid Dad would scold me for reading when I was suppose to be working.

Suddenly my Dad came from around the corner of the desk and loomed over me. He started to smile and asked me where did I get the book. I told him where I found them and I wanted to finish the story. He continued to smile as he said "When you're done over here and help me move this piece of furniture." So when I was done I did what he told me to.

Now I loved being with my Dad but I hated cleaning up after other people. I especially hated washing the windows. However, this new discovery made it easier to go with him on those Saturday nights. When I was done with my part I went over to the desk and started to read whatever comic books were in the bottom drawer. Dad got a kick out of telling my Mom about how if he needed me he could always find me behind that desk reading a comic book.

Then one night I got a surprise. I opened the bottom drawer and there were no comic books. I opened a few more drawers and found them and started reading. It was in that drawer for a few more weeks till one day all the drawers in the desk were locked. My Saturday night supply was cut off. I thought it was an accident that they were moved a few weeks before but I guess the owner of the desk knew someone was reading them and didn't like it. Moving them didn't stop me so he locked it. In my young mind I didn't know why someone wouldn't want to share the pleasure of reading their comics. That is something I still don't quite understand today but that is another story.

Still how did he find out? I always put them back the way I found them and I never touched anything else. Only the comic books. Later my Dad told me that he also found some old girlie magazines in the mens room. Dad knew who the books belonged to as there was only one man in the office. Dad never did like those magazines as they were demeaning to both men and women and he offered to throw them out. Of course Dad used the excuse that they were old to have them thrown out. He said no as he wanted something to read during the slow times of the day. He probably told him that I found and I read his comic books and he didn't want me to find and read these. Since I don't recall seeing those girlie mags I bet the offices owner put them all in his desk and locked it up so I wouldn't see them.

I am proud that my Dad took a polite stand for his beliefs. But I wish the office owner would have left the books outside the desk on Saturday for me to read. Saturday nights at that office weren't as fun once the desk drawers were locked.
Posted by Rick L. Phillips at 3:01 AM No comments:

Spider-Man and Hostess in Legal Eagle 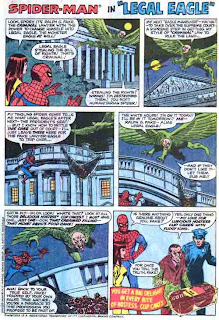 I have something else in mind that will only make sense if I post it on Saturday so here is this weeks Hostess ad.
Posted by Rick L. Phillips at 2:53 PM No comments:

This Just in From the Now I've Seen it All Department 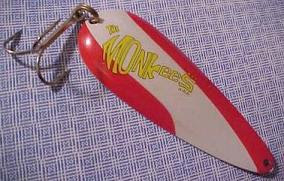 Yes here it is for the classic music and TV fan who also like to flyfish. Hold on to your fisherman's hat it's the Monkees ...fishing lure? I found this on this Monkees collection site while I was surfing the net. So now I have seen it all.
Posted by Rick L. Phillips at 9:46 AM No comments:

Our small poll of your favorite movie Santa is over. Scroll down and you will see the winner.

You better not shout!

You better not cry!

You better not pout!

I'm telling you why!

Edmund Gwenn is coming to town!

Yes Mr. Gwenn is still the favorite even though he has passed away and therefore not played the role since 1947. He has however been seen in the role for decades on TV and home video in Miracle on 34th Street.

Tying for second place was Tim Allen of the Santa Clause films and David Huddleston of Santa Claus the Movie. Thanks to all who voted and to all who read this blog MERRY CHRISTMAS!!
Posted by Rick L. Phillips at 3:01 AM No comments:

From a Christmas special in December of 1969 complete with some commercials, here is Perry Como singing a medley of Christmas songs and hymns. Merry Christmas to one and all from On My Mind.

Yesterday I had a video of Sinatra. Here are three other singers that I often think of when Christmas specials use to air this time of year. Tennessee Ernie Ford, Andy Williams and Bing Crosby with guest appearance by David Bowie. Tomorrow I will have a video of Perry Como singing a Christmas medley.

I'v Got My Love to Keep Me Warm by Frank Sinatra

In the 1950's old blue eyes had his own weekly variety series. This clip is from a Christmas episode singing I've Got My Love to Keep Me Warm. Since it is in black and white I guess it is old gray eyes who sings it. :)