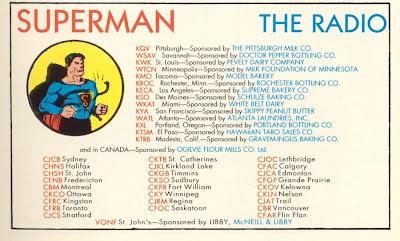 For all you old time radio fans here is a 1941 ad for Superman on radio.
Posted by Rick L. Phillips at 8:03 AM No comments:


I remember when local programming was more then just the news. During the day and some evenings even local stations had their own stable of talent they could build shows around. They had talk shows, variety shows and those who would host movies. In Cincinnati/Northern Kentucky the Nick Clooney Show was a local variety show that was first on WCPO and later WKRC. Years after it was canceled the Mr. Clooney would be back on at WKRC as a news anchor. On his variety show he had talents like Len Mink. He was a local singer who was very popular. This youtube.com clip is from Mr. Mink's last appearance on the show when it was on WCPO. Later, when he becaome a Christian Mr. Mink went on to a Christian music ministry.
Posted by Rick L. Phillips at 7:17 AM No comments:

Here is the trailer to the movie Nowhere Boy. It's the story of John Lennon's life.

This Day in Music History: The Beatles and the Long and Winding Road/For You Blue 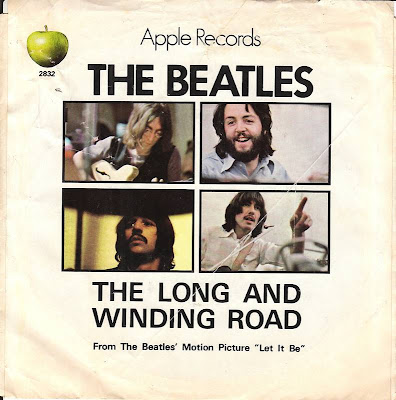 Being at the top of the Billboard charts was nothing new to the Beatles. Still this one was bittersweet for them and their fans as it was the last time they would accomplish this as a group. Actually, there are only two of them on the Long and Winding Road. Paul McCartney is singing the solo vocal and playing the piano and John Lennon is playing the bass guitar. The final production of this song was a major point in the break up of the group. The songs were not produced by George Martin but by Phil Spector. Paul thought the song was fine with just him and John. Still Phil Spector added an orchestra and a choir to back him up. Spector sent copies of the finished music with a letter explaining what he did and that he could make changes if they wished. Paul heard his song and didn't like it. He tried to contact Spector but wasn't able to reach him. He told the Beatles new manager Allen Klein in a letter and demanded they restore the song but that was to no avail. George Harrison, who wrote and sang the B side, For You Blue, on the double sided hit must have been pleased as he had Phil Spector produce his All Things Must Pass solo album.
It was with the Harrison song that the four Beatles all made their final appearance together in the #1 spot. George sang and played acoustic guitar, John played steel guitar, Paul played piano and bass and Ringo played drums.
Since their break up there were rumors that they would get back together until the day that John Lennon died. Even then I heard they were close to a reunion since Lennon had finally come out of retirement. Talent wise they did when Paul, George and Ringo added their talents to the songs Free As a Bird and Real Love. Free as a Bird charted but didn't reach #1. In England it only got to #2 and in the USA it only went to #6. With The Long and Winding Road/For You Blue those songs are still the last #1 songs for the Beatles. They reached that spot on this day in music history June 13,1970 and held the spot for 2 weeks.
Posted by Rick L. Phillips at 12:01 AM 1 comment: