Case of the Colonists Corpse

Tony Isabella has written many stories over his career. His point of view is always entertaining and that is the case here with the Case of the Colonists Corpse that he co-authored with Bob Ingersoll. Captain Kirk faces a court-martial and a fragile peace treaty with the Klingons is broken when the Ambassador is found murdered. If you like science fiction and mystery then this is the book for you. Click here to buy the Case of the Colonists Corpse.


This is a video of Micky and Davy from 1969. They are walking down the street in New York when an interviewer from Holland stops them. However the video isn't long enough and leaves me asking what group was it that they saw the night before and what Holland radio station is Micky talking about? We may never know. Still it was a plesant surprise to find this video. Since Mike is not seen this may be when they were promoting the Changes album.
Posted by Rick L. Phillips at 8:57 AM 1 comment: 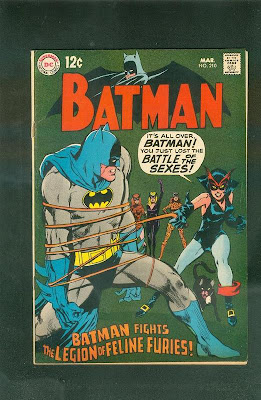 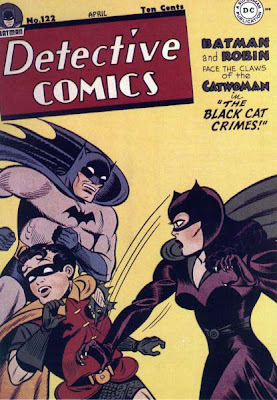 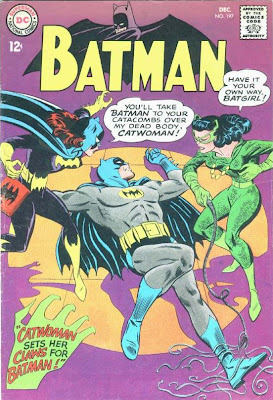 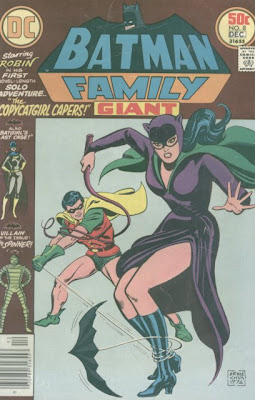 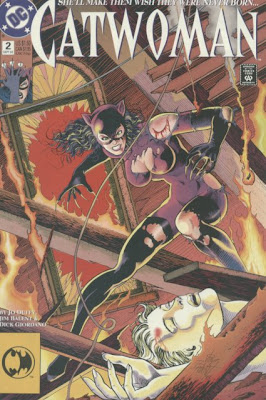 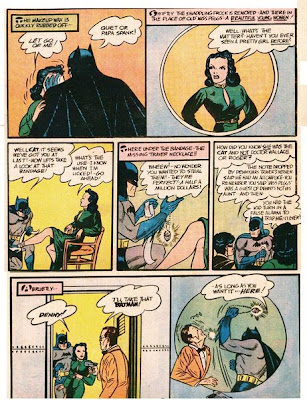 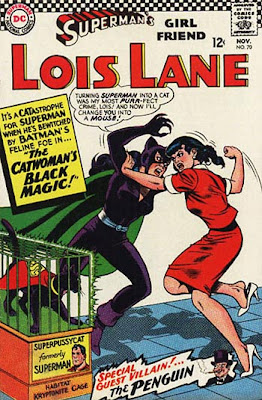 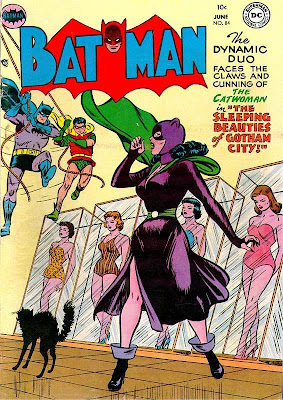 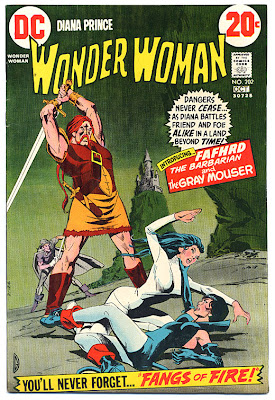 Yesterday was Selina Kyle's birthday. As all comic book fans know that is the real name of Catwoman. In celebration I am giving you a view of some of Catwoman's many looks.
Posted by Rick L. Phillips at 9:10 AM No comments:

This Day in Music History: Tommy Roe and Dizzy 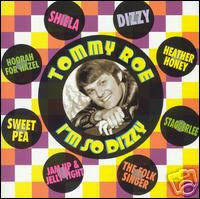 When ABC Records bought out Dunhill records they asked producer Steve Barri to stay on as producer for the ABC artist. One that he was excited to work with was Tommy Roe. Roe’s earlier recordings, before he had hits with bubblegum tunes like Sweet Pea and Hooray for Hazel, reminded Barri of Buddy Holly. He recorded some songs with him that were like Buddy Holly tunes but none of them did very well.
Earlier Tommy Roe had written a song called Dizzy. He was having trouble finishing it till he met up with an old friend on Dick Clark’s Caravan of Stars. It was Freddy Weller of Paul Revere and the Raiders who helped him finish the song. Roe told Barri that should be their next single. It was one of Barri’s least favorite songs that he recorded with Roe but since the Buddy Holly songs didn’t do well he took a chance. Before it was released he had Jimmy Haskell to add some strings to the arrangement. Barri said “Dizzy came to life for me when we put the violins on.” It was the most successful song of Tommy Roe’s career. It sold over six million records and was #1 on the charts on March 15, 1969 on this day in music history. He had other top 40 records after that but none of them did as well. He was a successful recording artist living in a beautiful Malibu beach house but he was not happy. So he moved back to Georgia to be with the people who knew him before he was famous. A few years later he moved back to Los Angeles and released a song called Dreamin’ Again. However, the song did not return him to the charts and he moved back to Georgia and played the local clubs. Click on the video below to see him preform the song.
Posted by Rick L. Phillips at 3:22 AM No comments:

It looks like it is a clip from an apperance he may have done on Farmer's Daughter. The kids seem to be taking the song very serious but Boyce and Hart really wrote it as a joke. 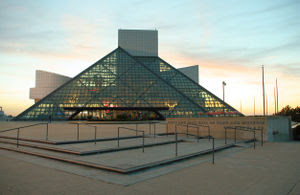 
Here is a Kool Aid commerical that I never saw till just now.
Posted by Rick L. Phillips at 9:28 AM No comments:

Well He had to make money somehow after the Monkees broke up. Here are some humorous ads for a store called Miller's Outpost that had Micky as their spokesperson.

Oh My My video directed by Micky Dolenz


This is a rare video directed by Micky. Enjoy!
Posted by Rick L. Phillips at 10:29 AM No comments:


Here is Red Rhodes of Mike Nesmith and the First National Band. He is on his own here and shows why he is the greatest Steel Pedal Guitar play of all as he plays Sweet Georgia Brown.
Posted by Rick L. Phillips at 10:19 AM No comments:

Monkees on Rowan and Martain's Laugh In

The Monkees doing comedy on Laugh In.

The Monkess from 1969 singing Teardrop City on the Glenn Campbell Goodtime Hour. 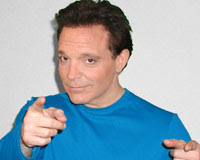 I just read on News From ME that the very funny comedian Richard Jeni was shot to death yesterday. They are not sure if it was suicide or murder. Either way it is a sad way to end a very funny comedians life. I didn't get to see his act very much but he was always funny and I have waited a long time to see him in something again. Anything to help forget his short lived and dreadful TV show on UPN the Platypus Man. However, even that bad show had moments where Mr. Jeni shined. For those of you who have not seen the show it was sort of a mixture of Emeril Live and Home Improvement. Perhaps his funniest moment in a film was when he co-stared in The Mask as Jim Carrey's best friend. When Jim throws the Mask back in the river it is Richard who dives in after it. Perhaps the second film would have been funnier if they picked up where the first left off and had him as the lead instead of Jamie Kennedy. Who knows Mr. Jeni may still be alive today if that had happened. I remember when I worked in customer service for AT&T. A woman who worked for him called up to order a part for a phone. I told her how funny I thought he was and she spoke of how kind a man he was. Mr. Jeni you will be missed, as the many postings on blog sites like this and people who knew you can attest to.
Posted by Rick L. Phillips at 1:25 AM No comments:

He will rescue you again and again so that no evil can touch you.
Job 5:19 NLT
About this week's promise
From terrorist attacks to the abduction of children in broad daylight, random acts of violence seem to fill the news reports day and night. Is anyone really safe anymore? Scripture reveals God to be concerned about and committed to our safety. But to more fully understand the concept of safety, we must recognize who we are—eternal beings wrapped in mortal bodies. While God is concerned about what happens to our body, he is much more concerned about what happens with our soul. Once we have confessed faith in Jesus and the Holy Spirit comes to live within us, he is at work protecting our soul from beings snatched away by Satan. God is concerned about the safety of our physical body, and we probably experience his hand of protection more than we realize. But ultimately, physical protection will come only when we are given our new body in eternity.
adapted from TouchPoint Bible with devotional commentary by Ron Beers and Gilbert Beers, Tyndale House Publishers (1996), p 1265
Posted by Rick L. Phillips at 10:49 AM No comments:

I wish I saw this in December to put it up for Christmas but alas I did not. It was filmed with many of the cast coming from MTV. You will get a kick out of seeing Downtown Julie Brown, Martha Quinn etc. Amy Dolenz is in the video but the real surprise is who is playing Santa.

Posted by Rick L. Phillips at 7:49 AM No comments: