In Memory of Allan Melvin 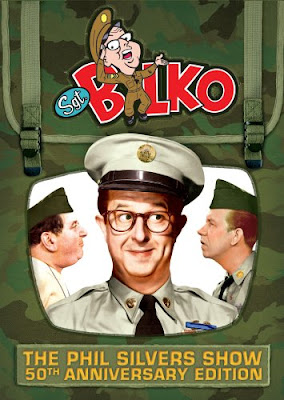 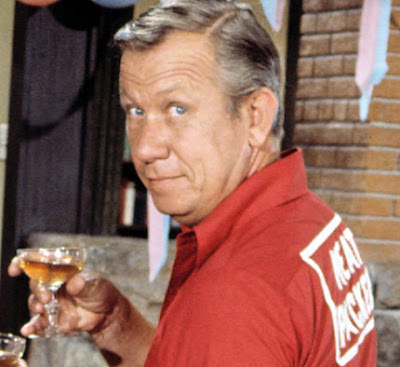 I just heard that character actor Allan Melvin died of cancer at his home. Some reports have said it was Jan. 17th other say it was Jan. 18th. The fact remains that a fine character actor has died. For most of his television career Mr. Melvin was cast in the military roles. He was first cast on the Phil Silvers show as Cpl. Henshaw. Later he started his voice acting career by being cast as the star voice on the Magilla Gorilla Show. He also did episodic tv by appearing in shows such as Perry Mason, Lost In Space, Love American Style, the Andy Griffith Show, the Dick VanDyke Show (usually in military garb again when Rob would remember his military days with his army buddy Sam), etc. Near the end of the 1960's he was back in the military and promoted when he played Sgt. Hacker on Gomer Pyle U.S.M.C. While Sgt. Carter may have treated Gomer badly Sgt. Hacker was even tougher on America's favorite Marine Private. Having treated lovable Gomer so bad could have ended a lessor actors career. Allan was still lovable and proved it when he was cast in his most memorable role. Alice's love interest on the Brady Bunch as Sam the Butcher. When that show ended he found occasional work on All In the Family as Archie Bunkers friend Barney Heffner. Later he had a 15 year run in commercials as the plumber who got out of hard to do jobs by using Liquid Plumber. After the Brady Bunch ended his cartoon voice over career continued into the 1980's. While Magilla Gorilla is his best remembered role he was also a military figure again when he voiced Sgt. Snorkel and Private Zero on Beetle Bailey. He was the voice of Drooper on the Banana Splits, Tyrone on the Secret Lives of Waldo Kitty, Wacky Packy on Uncle Croc's Block. He was the voice of the villain Electro on Spider-man and his amazing Friends and he topped off his cartoon career by playing Joey on the Kwicky Koala Show in the early 1980's and it was Tex Avery's last animated project.

This man had a long enough career for two actors and he did it well. He was one of the busiest characters in Hollywood for over 3 decades and this posting only showed the tip of the iceberg. He should have been given his own show to star in but seemed to always play second fiddle to the lead. No matter if you remember him as Sam, Magilla, Sgt. Hacker or any other role you know that he was always a welcome presence in every home in America and thanks to reruns and TV shows on DVD he will always be seen for years to come.
Posted by Rick L. Phillips at 6:38 PM No comments:

Hostess and Spider-Man in Break The Bank

It's Saturday Morning and time for Hostess' Team-Ups. Today Hostess and Spider-Man stop a robbery in Break the Bank. 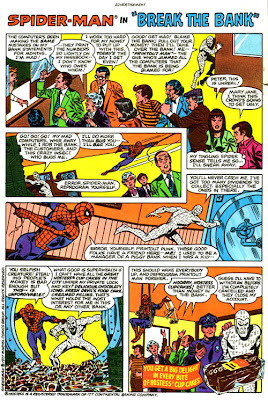 Posted by Rick L. Phillips at 9:44 AM No comments:

Another clip from Facing the Giants

Here is another clip from Facing the Giants. It tells us that if we give our best all the time God will reward us. We sometimes quit even before we start because we don't think we are strong enough or we think the task ahead of us is impossible. If we endure it worth it in the end. We need to give our best all the time, in everything we do. God is there beside us telling us we can finish this race!
This is now one of my favorite movies. Definitely in my top 10. Right up there with It's A Wonderful Life and Casablanca.

Posted by Rick L. Phillips at 9:10 AM No comments:

Here is a good clip from a film called Facing the Giants. For those of you who haven't seen the movie it tells how a losing team turns around when the head coach gives God the glory for every thing. Here the assistant coach tells about salvation through Christ by using a football goal as his example.

Thanks to Mark at News From ME here is a fun site to watch. You can click here to see what I mean. It may take awhile for it to download and it is in another language so I am not sure what it is called. It seems to be called Online Winkelen.
Posted by Rick L. Phillips at 6:52 AM No comments:

Earlier on this site I told you my story of my first 45 single. I did this as my memory was prodded by the Forgotten Hits mailing list where Kent was showcasing stories from people about their first 45's. Kent is still compiling these stories and wanted me to tell any readers of this site that they can still join the Forgotten Hits list if you just e-mail him at The60sShop@aol.com and ask him to put you on the list. It is that simple. He also sends wav files out of some of the songs that are being discussed to add to the enjoyment. So join in on the fun by remembering many of our pop cultures Forgotten Hits and e-mail Kent today at The60sShop@aol.com and tell him On My Mind sent you.

PS.
If you want you can also tell me and I will post the story here.
Posted by Rick L. Phillips at 3:01 AM No comments:

Here are a couple of funny comic book related videos. First is The Flash getting a speeding ticket.


Now here is a video where guys sing about the hot girl in the comic shop. It must have been the ending of a TV show as the credits are rolling on the side.

Posted by Rick L. Phillips at 6:33 AM No comments: