With the title of this being the Lightning Saga begins I can only imagine that BL will have a big part in this story line. This first part he actually has little to do. By the second page he is taken out by the Karate Kid. The JLA team up with the JSA as Starman and Karate Kid have shown up from the future but both seem to have memory problems. Others from the Legion of Superheroes are also in this time period but missing. Staman mentions something about his dream girl so don't be surprised if one of them is ...Dream Girl. As you can see in one scene above Hawkgirl mentions that she and Black Lightning don't seem to have any business being there. I don't agree but that sounds like BL may not be in the JLA very long. I hope I am wrong. Anyway this is the lateste on Black Lightning.
Posted by Rick L. Phillips at 7:13 AM No comments:

Micky Dolenz In Japan singing "To Be or Not To Be"

Here is Micky Dolenz on a show in Japan singing his single "To Be or Not To Be." The quality is not very good but it is rare to see this video. Enjoy! 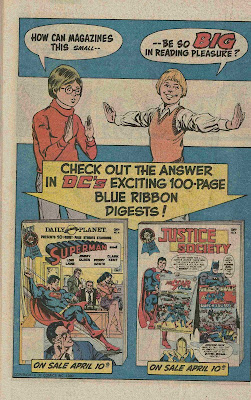 Yes in the 1980's DC comics tried to conquer the digest book dept. These were the books that sell at the check out counter in department stores and mini-marts. At the time the price for them was less then $1 and for the amout of stories inside it was a pretty good deal. Most of the stories were reprints but if you never read them before then its new to you. Archie comics had the best success with them and Harvey comics had some success. It is a money making part of the publishing market as it is based on last minute impulse buying. It's greatest success, till they changed format, was TV Guide. This was one of DC comics failed marketing attempts. It only lasted a few years. It took Archie years before it had any success in this part of their publishing history and now that part nearly supports their company. Perhaps DC should have stuck it out. However, I am glad they didn't. It is disappointing to me that the only Archie comics I see in my area are the digest. I would hate to have seen that happen to Superman and his company of friends.
Posted by Rick L. Phillips at 3:01 AM No comments: 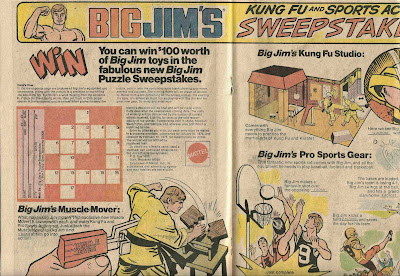 Remember this ad for the action figure Big Jim in the early 1970's? It had you fill out an easy crossword puzzle and then you would be entered into a drawing for the grand prize of $100 in Big Jim toys. I don't know of anyone who ever won the prize or even cut out the crossword puzzle and sent it in. To this day you can find in any quarter box or dollar box comic books from the 1970's with the puzzle filled out but no attempt to cut it out for the $100 prize. I guess we loved our comic books too much. Big Jim was one of my favorite action figures along with Matt Mason, Captain Action, Spider-man and Johnny West. The one thing that amazed me about Big Jim was when you flexed his arm you actually saw his bicep grew. No other action figure did that. Sorry for the ad being cut short but space on my scanner is limited.
Posted by Rick L. Phillips at 3:01 AM No comments: 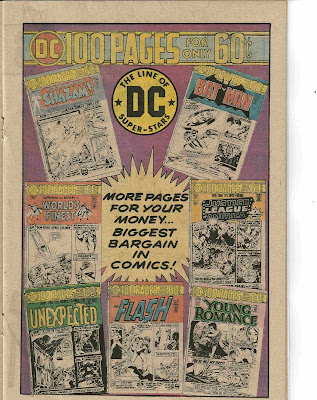 This Day in Music History: David Soul and Don't Give Up on Us 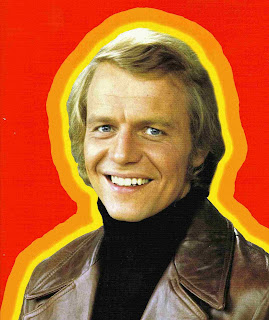 David Soul is a show business veteran known for his acting. However, his real ambition was to make his name in the music business. He was born under the name of David Solberg on August 28, 1943. His Father was a Lutheran minister who worked for a refugee organization in Germany and that is where he was raised. His love of music can be traced back to his mother who was a classical concert singer.
David moved to the Midwest where he made his living as a folk singer and he was an opening act for many top groups like the Byrds and the Doors. He sent a photo of himself wearing a ski mask that covered his face to the William Morris Agency. They were interested and he got booked on the Merv Griffin Show and other talk show and musical variety shows. Though he may have wanted to be known for his music he was really becoming known for the ski mask that he always wore. Finally he discarded the mask on another appearance on the Merv Griffin Show. A casting director saw him on the show and cast him in the TV series Here Come the Brides as Joshua Bolt. The show ran from 1968 to 1970. In 1973 he was cast in the Dirty Harry sequel Magnum Force. He was the villain opposite Clint Eastwood. David was the crooked cop who went around killing criminals who, even though they were guilty, the courts could not prove they were guilty so they got away with their crimes. In other words David Soul was playing an early version of the Punisher.
The producers of Starsky and Hutch remembered him from the movie and sent him a script. He went in to read for the show. He hoped he would get the part of Starsky as that part was more colorful and he really wanted it. Sadly they told him they had him in mind for Hutch. That is now the role that he is most famous for. Starsky and Hutch ran from 1975 to 1979 and was a huge hit for ABC.
Though he was a big star on TV David did not give up on his musical career. Larry Uttal was the president of Private Label records and promised him that they would take David serious as a musician. So David signed with Private Label.
After he released his first album for them Mr. Uttal had David meet with producer and songwriter Tony Macaulay. After their conversation he agreed to record a couple of his songs. One of those was Don’t Give Up on Us. It was on a Thursday when David learned the songs and they were recorded that weekend. Only a few of his first albums had been released but they were called back so Don’t Give Up on Us could be added.
Mr. Soul is said to have not been concerned with making hit records. He just was concerned with make good music and having fun recording them. However, Private Label was eager to have hit records and promoted the song to #1 for one week beginning on this day in music history, April 16, 1977. After this none of his songs broke into the top 40 in the States. His chart history in Britain was different. Not only was Don’t Give Up on Us #1 in England but he also had top 20 hits with songs like Going in With My Eyes Open, Silver Lady and It Sure Brings Out the Love in Your Eyes. Mr. Soul said the only problem with Don’t Give Up on Us had been with his vocal quality. I don’t agree. It was a tender love song and he sang it tenderly as it was required. I think the reason he never had another hit in his own country is because he is stereotyped as a tough cop on TV but he sings tender love ballads on the radio. Some people just can’t bring the two together in their minds. No matter if you love the song or hate the song, it was still a #1 hit in 1977.
If you click on the video below you can see a documentary on David Soul and his music. 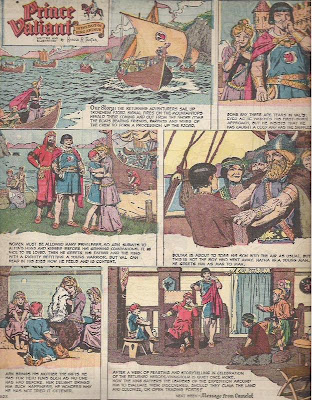 If you like collecting of anything you will enjoy Ephemera a blog dedicated to collecting. On this site you will find articles on comic strips, like the Prince Valiant one above, booklets, advertising, interviews with successful collectors etc. Marty runs a great site and I think readers of this site will really enjoy it. You can click on the title above or on Ephemera or on the perm link to the right.
Posted by Rick L. Phillips at 3:01 AM No comments: