Create Your Own Superhero

Ok I have done nothing but talk about the contests I am holding on other sites all week long. I am sorry if I bored anyone about that. Now I will tell you about a contest that someone else is having. It is NBC and Sprint for the show Heroes to choose your favorite new hero for their on line series. Now I will be honest I have never seen the on-line series and I really don't like the TV show Heroes.
I tried to like it. I wanted to like it. I only saw the first 3 or 4 episodes and decided not to watch it. It seemed like the heroes were just as bad as the villains. I usually like my heroes wearing white hats all the time. For a time I liked Wolverine and the Punisher in the comic books but that wore off. As you can tell from reading any of my comic sites I am more a silver age and early bronze age fan.
Still I had to check out the contest. I read the heroes profiles and voted for Santiago. You can go to NBC.com here and vote for the one you like.

Posted by Rick L. Phillips at 9:49 PM No comments:

This one I am posting in memory of my Uncle Jim. He always thought Pixie, Dixie and Mr. Jinxs were funny.
Posted by Rick L. Phillips at 12:01 AM No comments: 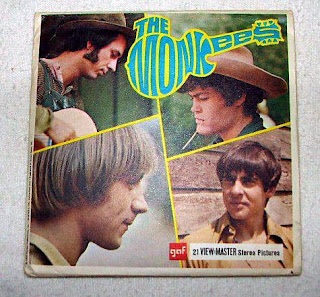 When I see something like this I wish I still had a Viewmaster. Since I don't I wanted to tell any Monkees fan who still does. You can get this today for a good price on e-bay but only if you act now. Click here to go to the auction site.
Posted by Rick L. Phillips at 12:01 AM No comments: 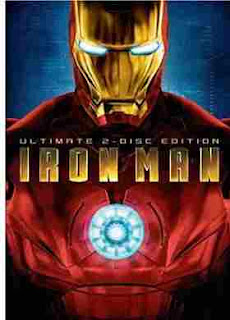 Ok I have ironed out one of the wrinkles on the Millie the Model blog head contest. The prize will be the two disc DVD of the movie Iron Man. The contest will end on September 20th. So get those entries in soon and get your free Iron Man movie on DVD.
Posted by Rick L. Phillips at 5:16 PM No comments:

Vietnam, 1965: U.S. Army Private First Class Tom Cargill seemed like most soldiers to the men in his squad, but little did they know that he was in truth an immortal! More than two hundred years old, the son of the alchemist and sorcerer Cagliostro, Tom Cargill was the most powerful magician in the world. When Red Chinese soldiers threatened American lives in Vietnam, Cargill donned a mask and costume to battle evil as the supernatural superhero Magicman!

* Magicman Archives Volume One collects the long-unavailable complete run of the American Comics Group superhero in an affordable format.

* You can pre-order by clicking on the Amazon link below.

Just a reminder that the contest at Plastic Man Platitudes has till next Friday August 22nd. We have two entries so far. Remember you can make as many entries as you like so get them in soon. The prize is the hardcover book the Metal Men by Duncan Rouleau.
Posted by Rick L. Phillips at 5:21 AM No comments: 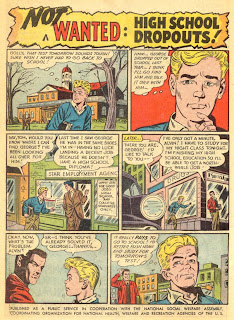 The new school year starts today in my area. In honor of that and to remind us why we need a good education here is a DC Comics PSA from 1962.
Posted by Rick L. Phillips at 12:01 AM No comments: 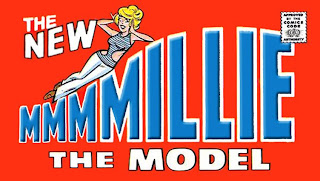 If you are thinking of entering our contest over at Millie the Model here are two things that have been suggested as possible prizes. One is the Essential Defenders Volume 4. It reprints an issue where Millie the Model visits Patsy Walker. Another suggestion is to give an old issue of Millie the Model. After all that is who the site is about. e-mail me at originalcaptainatom@gmail.com and let me know which prize you would prefer. Unless I can think of a better prize one of these may be it.
The specifics are that the header will have to be around 752 pixels wide and 215 pixels high. I am just guessing at the size right now but if you are the winner and there is a problem with the size I will let you know. Perhaps you could do one with Millie being supported by her friends. Also, you must on your site put a link to the Millie the Model site. All you have to do is post a link saying that there is a contest there and what the prize is.
Posted by Rick L. Phillips at 5:27 PM No comments:

Just getting out the word that I have received the first entry in the Plastic Man Platitudes header contest. No it isn't the one above. That is the current header. The entry looks pretty good but lets give it some competition. Don't want it to win by default now. You can enter as many times as you like. So enter now and enter often.
Posted by Rick L. Phillips at 12:01 AM No comments: