Coming To Your Audio Rescue It's Super CD

I ust found this site for superhero theme songs. It is called SuperheroCD.com. Almost every song you cna think of for superheroes has been put on these cds. It must be very new as even the promos for the Iron Man movie seem to be on it. I am hoping for a Wonder Woman song I heard years ago that I can't find anywhere. The photo above is not part of the art for the CD but I would be surprised if the stories and songs from this record are not on there.
Posted by Rick L. Phillips at 12:01 AM No comments:

This Day In Music History: Pat Boone and Love Letter in the Sand 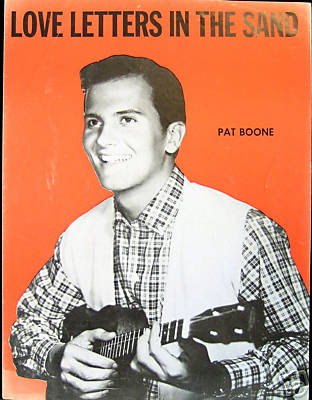 On this day in music history, June 3,1957 Pat Boone had the #1 song in the country on the Billboard Charts. Having grown up in a Baptist church in Tennessee Pat thought that his faith and conscience would prevent him from having a successful singing career. For a time he thought of becoming a preacher or a school teacher. He said it wasn't until he had sold millions of records and had a couple of million dollar recording contracts that he thought he could make a career out of singing.

For a time Pat made recordings of songs that were first written and recorded by R&B artist, like Otis Williams, Fats Domino and Little Richard, who were having a hard time getting played on mainstream stations. He took some heat for that as some thought he was keeping those same artist from breaking into the mainstream. Actually it helped them get into the mainstream. Pat, along with others who covered the songs, got their message out and eventually teenagers sought out the original artist recordings. When you combine these cover hits from Pat and his own hits he is the second most successful recording artist during rock and rolls first decade. He is second only to Elvis Presley.

Hollywood soon called on Pat and he was cast as the lead in the movie "Bernadine." There weren't any songs in the script but the producers knew if you had an actor who was better known as a singer you need to have songs in the movie. A title song was written for the film by Johnny Mercer and a song Pat had already recorded, Love Letters In The Sand, was added to the score.

Randy Wood was the owner of Dot Records, where Pat was signed to, and he also owned a record store. He kept getting request for Love Letter In The Sand which had been recorded earlier by Rudy Vallee and Bing Crosby. So he knew in advance that the song was hot!

The movie producers asked Randy if he had a song Pat already recorded that they could use in the film. He gave them Love Letters In The Sand.

Pat has said that the appeal of the song has always been a mystery to him. There is nothing exciting about the arrangement or the way he sang the song. However, it is his most successful single that he has ever recorded. It was #1 on Billboard for 5 weeks and was on the charts for 23 weeks.
Posted by Rick L. Phillips at 12:01 AM No comments: 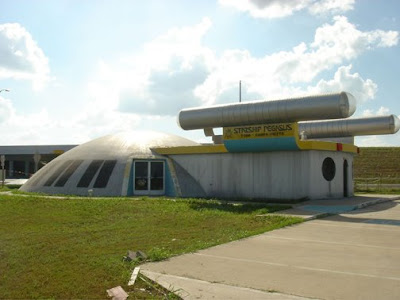 When Captain Kirk returns to Earth he eats here.
Posted by Rick L. Phillips at 12:01 AM No comments: 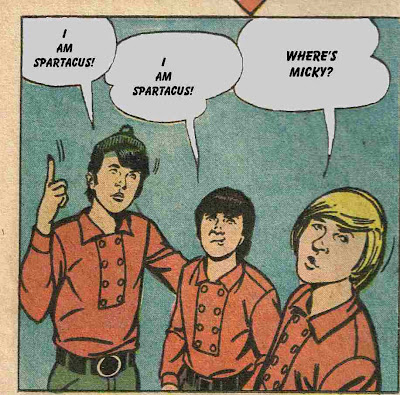 Here is the best one of the Monkees Filler from Craig Zablo of Zablo's Zone.
Posted by Rick L. Phillips at 12:01 AM No comments: