The Bangles and Spock Go Down to Liverpool

Here is a great 80's video that has Leonard Nimoy playing the driver of the rock group the Bangles. From what I have read on the net it seems that Nimoy was their co-star and director of the video because his son was friends with Susanna Hoffs.

Look at the Bangles member on the far left. She seems to be making eyes at Nimoy.

Posted by Rick L. Phillips at 7:37 PM No comments: 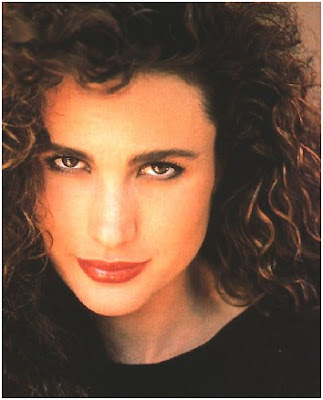 Just wanted to tell everyone Happy Groundhog day. Didn't think anyone would want to look at the picture of a groundhog so I put up a picture of Andie MacDowell who was one of the stars of the movie Groundhog Day.
Posted by Rick L. Phillips at 2:15 PM No comments:

The Golden Age is Gone Forever 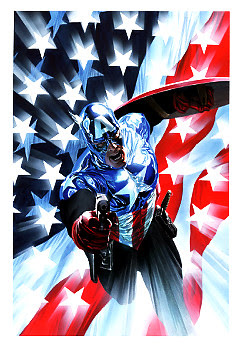 I can't say I am happy with the turn in the life of Captain America in issue #34. Yes Marvel comics has "decided" to make Bucky Barnes Captain America. I do have to say that if we can't have Steve Rogers any more I am happy that it is Bucky or even Rick Jones would have been a good choice. I was expecting them to say they decided to have the government create a new one with a character that readers had never heard of before. As much as I love the art of Alex Ross I have to say I am not happy with the new costume either. I believe I saw the art on the internet for the new costume around the time they killed him off. I could be wrong. Yes I still hope that one day Steve Rogers will be Cap. I also hope the same for Barry Allen to come back as the Flash. So don't anyone hold your breath while waiting.
With all of the revisions in comics, Steve Rogers was the last link to the golden age of comics. When life was more innocent and simple. Even World War II that spawned him was a pretty black and white conflict. With the news media today showing every angle of a story it takes a lot of thinking to push away the gray shadows see the issues that are really there. With the passing of the original Captain America life will never be the same. Even if they do bring him back it may never be the same.
Posted by Rick L. Phillips at 3:49 PM No comments:

Paypal On My Mind

Just a reminder of the Paypal link on the right side of this page. It doesn't cost hardly anything to run the site. However every once in a while I do need some extra money to help pay some bills. Should you ever want to donate to the site every little bit helps. No matter what everyone is welcome to stop by and read this site. Thank you for your readership.
Posted by Rick L. Phillips at 6:20 AM No comments: 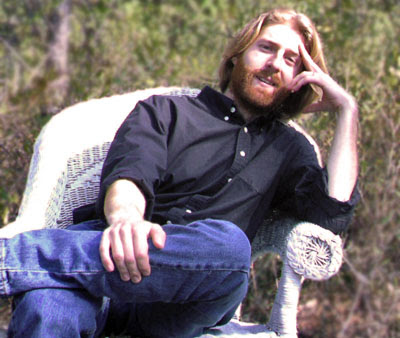 Just a quick note before I have to get ready for work. If you like Contemporary Christian Music then you should go to Sean Dietrich.com. He has some pretty good music there and it is free to download. Sean was on this site once and told me about his site so now I am passing it on to you.
Posted by Rick L. Phillips at 9:04 AM No comments:

Enough of the Hannah Montana News 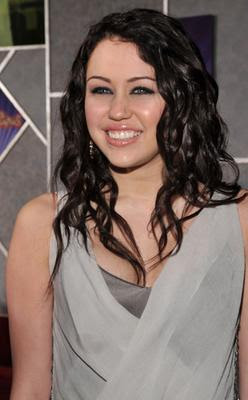 Ok I think the media has to back off of Miley Cyrus aka Hannah Montana. The media and mostly her cable show have built her up to be the new good girl on the block. I am sure that she is. However, she is being reported doing some things that most people wouldn't want their 15 year old daughter to do. The thing is she is a teenager who is living her life in public view. We are not her parents. Let Billy Ray and her Mom handle it. Her Dad has been there before. He said in an interview that he gave that he told her when it stops being fun to stop doing it. Well once her contract is up I wouldn't blame her if she quit. Thankfully she is more known as Hannah Montana. In a few years this may all blow over and Miley can get a new career on her own name. At least she won't be as typecast as the Monkees who only went by their own names on their show. Maybe she should talk to them or David Cassidy. Those 5 men would understand what she is going through.
Posted by Rick L. Phillips at 5:16 PM No comments:

Ognir Rrats On the web 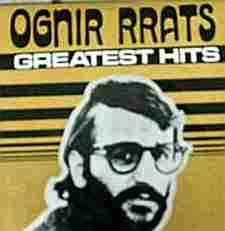 Thanks to Pop Culture Safari, formerly This is Pop Culture, I was directed to these videos of the Ringo Starr special that I never saw but have only heard about. It stars Ringo as himself and his look a like Ognir Rrats. Ognir is poor and Ringo is famous. Tired of fame he trades places with Ognir. Hilarity ensues. You can click here for part 1 or click here for part two.

Posted by Rick L. Phillips at 6:25 AM No comments: